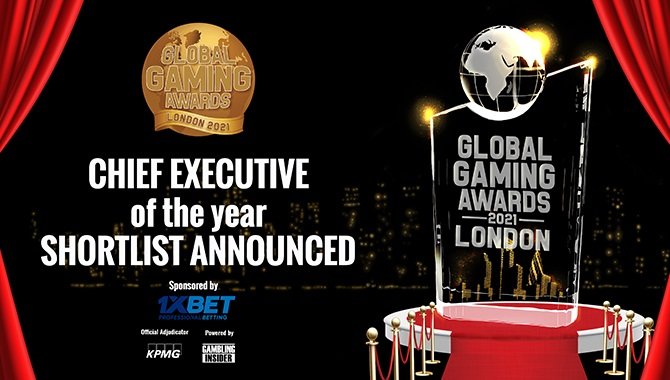 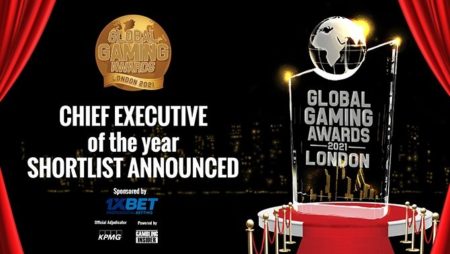 Gaming Awards London 2021 are delighted to announce the final Shortlist for the Chief Executive of the Year category, sponsored by 1xBet.

The Global Gaming Awards are the most recognised, reputable and prestigious Awards in the gaming industry, partly because every shortlisted company is nominated for a specific reason, which is then publicly announced.

Additionally, success is only achieved through a fair and rigorous voting process, ensuring any winners are deserved and recognised by their industry peers.

“Chief Executive of the Year is the only Award which recognises the individual rather than the company,” said Julian Perry, COO of Gambling Insider. “The gaming industry kept on growing and innovating even under the difficult circumstances imposed by the Covid-19 pandemic, and it is all because of the unwavering leadership of many chief executives from both the supplier and operator verticals.”

The London edition of the event recognises companies and individuals with outstanding performance in the EMEA region over the past 12 months. The final Shortlist was decided after a long and rigorous process. Thousands of self-nominations from organisations across the sector, as well as the recommendations of the Awards’ independent Nomination Panel, were taken into account.

The full Shortlist will be released in the public domain in the coming days. For now, it is our absolute pleasure to share the full list of nominees in the Chief Executive of the Year category. This is the only Global Gaming Awards category that has 25 nominees instead of 10. And the nominees are:

This category is sponsored by 1xBet – an operator with years of both offline and online experience, while the Global Gaming Awards London are powered by Gambling Insider.

BetConstruct is the event’s lead partner and the voting process is independently adjudicated by KPMG in the Crown Dependencies, to ensure full transparency and fairness. This year, the event will be held virtually on 28 June.