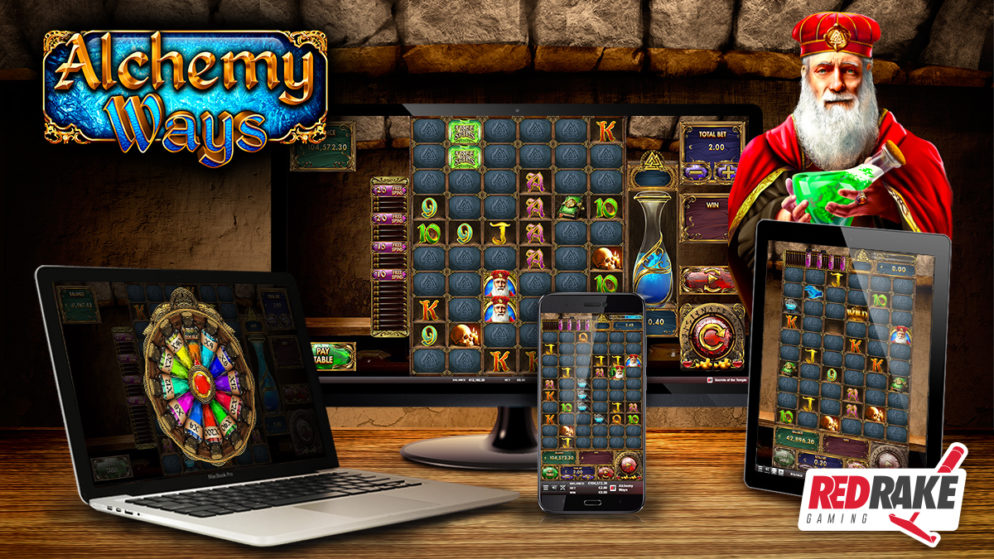 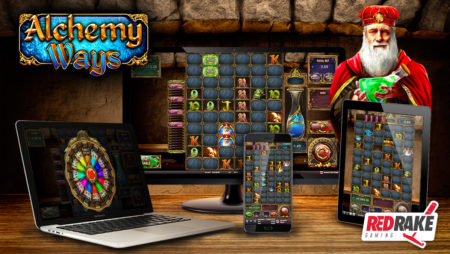 Red Rake Gaming, the casino game specialist, has just released a 6×10 reel video slot with impressive multipliers, both in the regular game and the free spins feature.

In a hidden workshop in the basement of a castle, you will find an old alchemist, working away on the most unimaginable mixtures of gold and silver, as he tries to find the perfect potion to help players win this slot game. A perfect setting for fantasy lovers, with incredible graphics that are typical of the well-known game developer Red Rake Gaming.

This video slot offers a feature called Mystery Blocks, which reveals symbols hidden behind non-winning blocks, as well as the Hand of Alchemy feature, which randomly duplicates symbols in the reels.

It is a slot game loaded with multipliers. The first ones are offered by the silver and gold ingot symbols, which multiply your bet by up to x100 and x200 respectively.
And there are more multipliers in the Alchemist Wheel as well, which continues to reward them until it eventually lands on the exit section, and they also increase each time the Double section appears.

And the final multipliers are available during the Free Spins Feature. Each spin during the free spins feature activates the additional multiplier reel. To launch this feature you need to obtain 10 or more Emerald Elixir symbols. If an alchemist symbol with a green background and a number also appear in the reels, the value displayed in the symbol will be added to the number of Emerald Elixirs to increase the possibility of gaining entry to the feature, or increase the number of free spins awarded.

This is a very mystical slot game that, along with its captivating music, will transport the player to the old alchemist’s workshop where they can achieve enormous wins.

Alchemy Ways is being released today, 27 May, although it was recently launched exclusively with various operators, so many players are already enjoying this fantastic slot game and generating great results for Red Rake Gaming partners. As with all our other slot games, it also works with the Red Rake Gaming tournament tool, to offer gamers even more excitement and gaming options.

The casino games provided by Red Rake Gaming are available to play at Tipbet casino. Get the Tipbet Casino bonus and start playing.