Blueprint gunning for success with King of the West 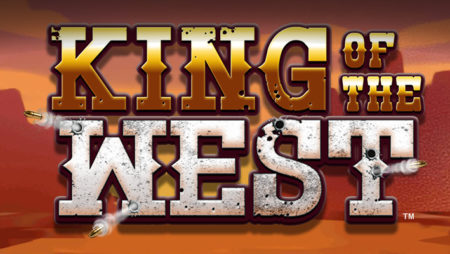 During every spin, a prize outcome will step one position left on the Prize Reel. When the Bounty Hunter scatter symbol is in view, the prize shown above the reels in the same column will be awarded to the player, which has the potential to be an instant cash prize, the Wanted Wilds feature or Free Games.

The “Collect All” Gold Badge when in view in the base game and during Free Games awards all prizes displayed on the Prize Reel, providing huge win potential for players.

The launch of the Prize Reel mechanic is the latest move by Blueprint to diversify its content offering to include a wide range of game formats and innovative mechanics. It follows hot on the heels of the new Prize Lines mechanic launched earlier this year, which has broadened the supplier’s reach within the online bingo community.

Jo Purvis, Director of Key Accounts and Marketing UK at Blueprint Gaming, said: “Step into the Wild West where players are on the hunt for the formidable gunslinger, with his capture set to award a huge bounty of prizes.

“King of the West debuts our new Prize Reel mechanic, which provides a new way for Blueprint fans to experience our games. We’re confident that the engaging functionality will be attractive to new and existing players.”