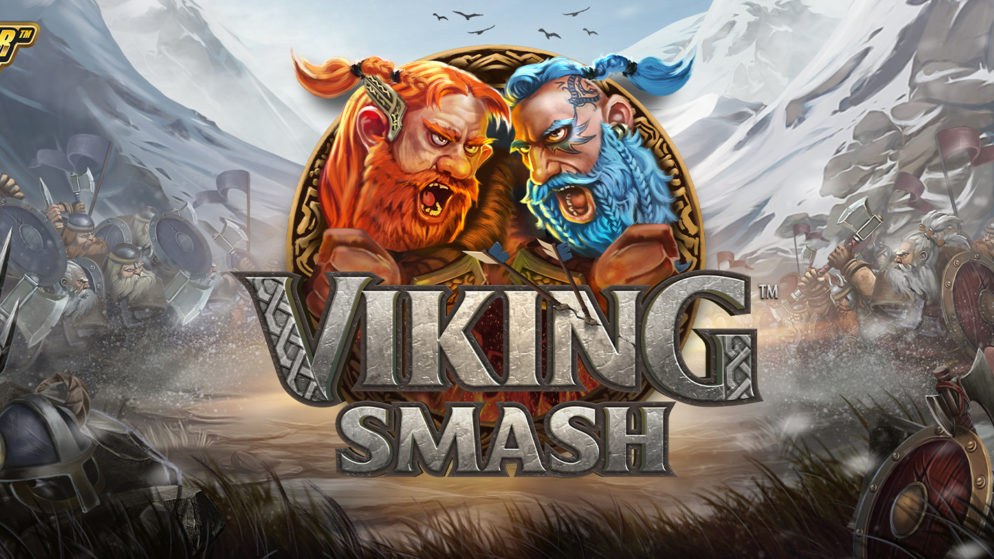 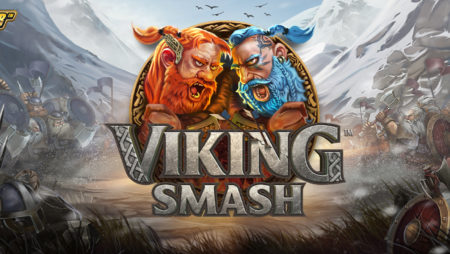 Stakelogic, the developer behind some of the biggest blockbuster slots this year, is taking players into battle with its latest Norse-themed game, Viking Smash.

The 5×3 reel, 243 payline slot is set against the backdrop of a fierce battle where Vikings wander across the reels in search of the enemy before turning Wild for some truly smashing wins.  This exciting new slot has an additional and unusual plot twist, paying both ways – left to right and right to left.

These Walking Wilds land at each side of the reels and move from one side to the other for extra win combinations – each step they take triggers a Respin.

The Respins keep on coming until all of the Walking Wilds have exited the reels or the Free Spins bonus is triggered.

One pair of Wilds awards 10 Free Spins with four additional Free Spins for each extra pair.

During Free Spins, the Wild symbols may land anywhere on the reels and move one position, triggering Respins until they exit the reels on the opposite side to which they started.

Just as in the base game, when Wilds are next to each other or one position apart on the same row during Respins they smash together and award an addition four Free Spins.

Viking Smash also comes hooked up to Stakelogic’s innovative Super Stake feature which allows players to effectively place a side bet with each spin to be in with the chance of triggering a bonus.

In Viking Smash, this is Random Wilds – on a losing spin, two to six Wild symbols will appear on reels one and five to provide a second chance to land high value win combinations.

For players that really want to take the axe to their rivals and walk away with the largest haul, Viking Smash also offers the opportunity to Gamble and potentially multiply their winnings by x2 or x4. Try this new slot at Unibet casino!

Stephan van den Oetelaar, CEO of Stakelogic, said: “Norse themed slots are among the most popular in the markets where we make our games available, and with Viking Smash we aim to combine this thrilling theme with gameplay that is just as exhilarating.

“As players enter the battle, Wilds wander across the reels for even more win combinations and Respins trigger that can see them land incredible treasures. The team has done an excellent job with Viking Smash, and we look forward to seeing it sail into operator game lobbies.”