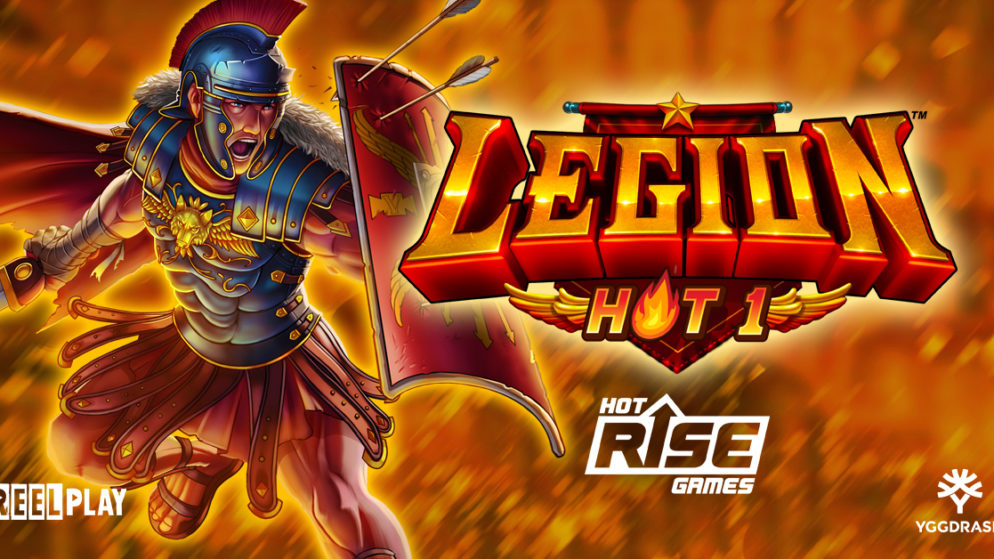 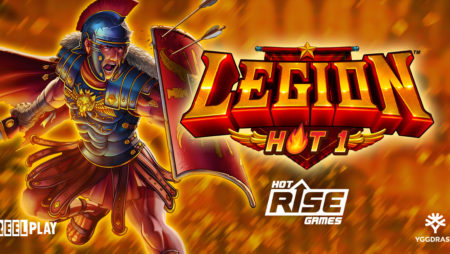 Hot Rise Games is the latest quality studio to utilise ReelPlay’s expertise in bringing their creations to life, with Legion – Hot 1™ taking players on a collectable slot journey from a legionary’s peaceful life in the country to the battle for riches in the city.

As Shields are collected in the base game, new symbol positions and multipliers are unlocked on the reels, increasing wins and the intensity of the game. Once four Shields are collected on any of the reels, the Free Spins Feature is triggered. Collected reel enhancements are retained, whilst x2 Wild symbols increase the excitement further. The final spin is the Hot 1™ – where a reel gains a multiplied Sticky Wild for sensational big win potential.

In certain jurisdictions, a Buy Bonus feature is also available, allowing players to go straight to the free spins action.

The game is released via the YG Masters program and powered by GATI, Yggdrasil’s state-of-the-art technology which enables partners to employ the preconfigured, regulation-ready, standardised development toolkit to produce consistently cutting-edge content followed by rapid distribution.

Stuart McCarthy, Head of Product and Programs at Yggdrasil, said:“Legion – Hot 1 transports players back to Rome’s glory days where the brave legionaries fight to protect the Empire. The game builds momentum as it gears up to the battle during free spins, offering players true excitement and thrills and spills.

“ReelPlay and their partner studios are rapidly creating and releasing premium content via the YG Masters program and their games have been huge hits with players so far. I expect Hot Rise Games’ Legion – Hot 1™to continue that trend.”

David Johnson, CEO at ReelPlay, said: “We are delighted to unleash Hot Rise Gaming’s debut release via YG Masters. As well as authoring our popular proprietary games such as the Infinity Reels series, ReelPlay also work with specially chosen creative partners enabling them to bring their creations to life. Hot Rise Games’ Legion – Hot 1™ sets a high bar with its compelling narrative paired with  increasing volatility.”