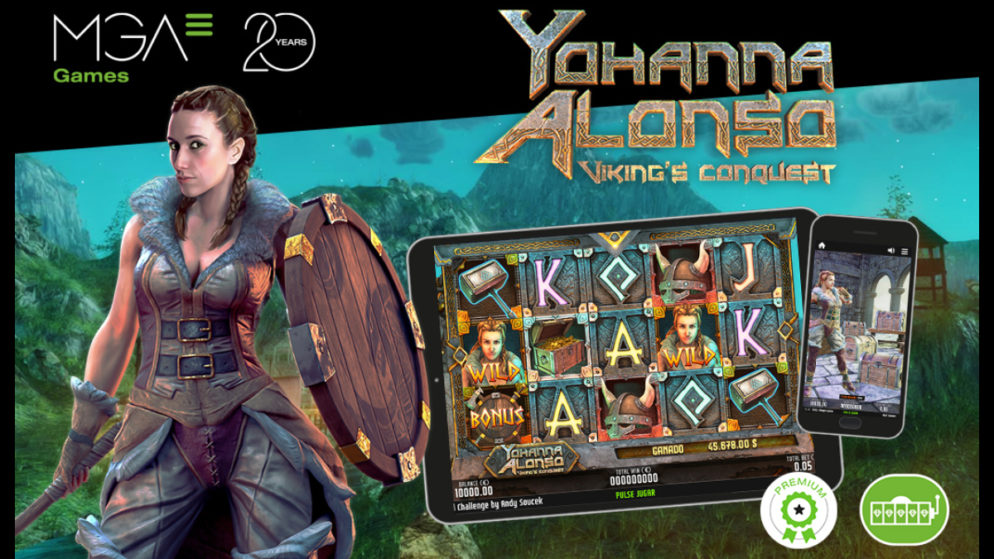 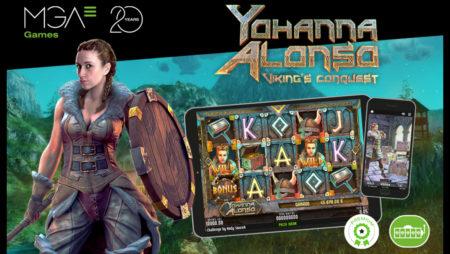 An exciting 3D slot game with adventurous aesthetics and surprising animations encourages players to conquer new lands and prizes. Yohanna Alonso, a two-time Muay Thai world champion, plays the role of the brave Viking warrior perfectly. A strong and fearless character who must face exciting challenges in the mythical lands of Odin.

The quality of the slot game’s graphics and its musical production manages to immerse the player in a mythical adventure with the Vikings for the chance of winning thousands of prizes.

Once again, MGA Games offers an immersive experience where players become the protagonists and make their own decisions. The slot game selector opens the doors to the four exclusive mini-games: where players get to colonise with the fleet of Viking ships, ready and loaded with treasures, fight and start the great battle and choose the most valuable weapon, conquest and keep prizes hidden in chests and finally ascend to Valhalla and take the great treasure.

Yohanna Alonso Viking’s Conquest is officially released today, June 14, for the international market. A few weeks ago, it was released exclusively for several operators with great success among casino slot users and excellent results for MGA Games partners.