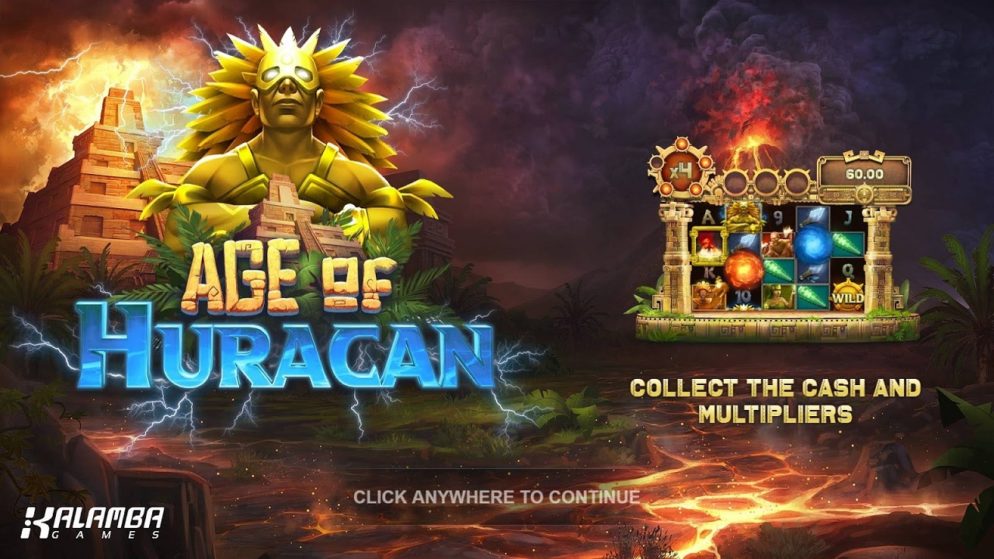 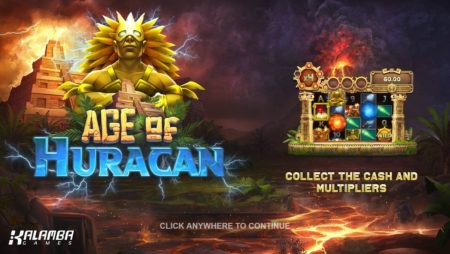 Innovative slot supplier Kalamba Games has reached a growth milestone with the release of its 50th game, Age of Huracan. The game is available to play at Gunsbet Casino.

Set among the ancient temples of the Mayans, the game tasks players with exploring the magnificent structures in search of treasure and wins while risking the wrath of the powerful Mayan God of wind, fire and storms, Huracan.

Hit three or more K-Cash Hurricane symbols on a single spin to trigger K-Cash Spins. Every K-Cash Hurricane that lands locks in place for the duration of the bonus round, making for a race against time to try and cover all the reels with cash for truly epic potential prizes.

Accumulating cash amounts on the reels fills the K-Cash meter. Blue K-Cash Hurricanes build the K-Cash meter. The red variety not only build the meter, but also boost the multiplier level for free spins up to a maximum of five. The collected cash and multiplierscarry over to K-Cash spins.

HyperBonus allows players to buy-in to access both the K-Cash Spins and Free Spins. Start at three spins and every K-Cash Hurricane that lands resets the meter to three to give players a real thrill.

Following recent successful releases Finnegan’s Formula and Joker Times, Age of Huracan is packed with signature Kalamba flair and represents the quality that pervades throughout the studio’s game library – one which now stands at an impressive 50.

Alex Cohen, COO and Co-Founder at Kalamba Games said: “It doesn’t seem that long ago that we were launching our debut game, so to be hitting the 50 mark is very special. A lot has changed since those early days and we’ve come a long way as a company, which is evident in Age of Huracan.

“It’s a beautiful looking game, with the animation on the 5-reel, 1,024 pay way game screen combining with the soundtrack to evoke an atmosphere – something that’s really cranked up when players hit the free spins.”