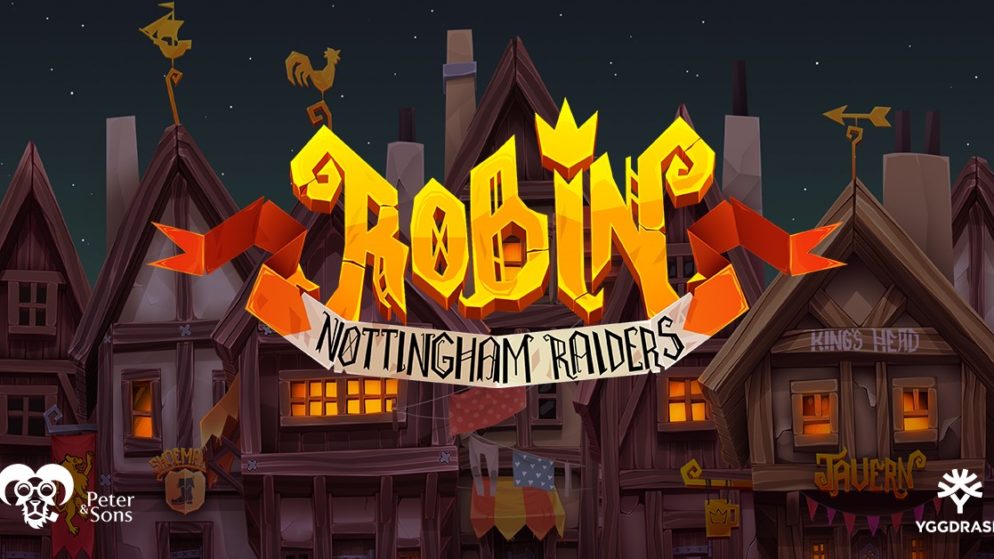 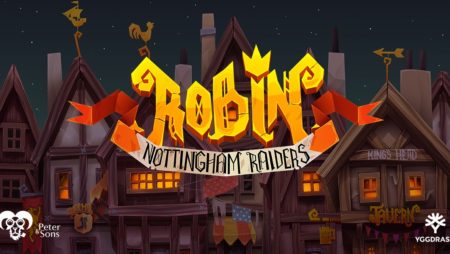 The game takes players into the city of Nottingham where, against the backdrop of quaint houses, Robin and his band of outlaws prepare to raid the rich tyrants to give their loot to the poor.

With 12 base game symbols featuring familiar characters from the legend of Robin Hood, powerful free spins bonuses and a max win up to 121,500x the triggering bet, the slot has players on the edge of their seats.

The 5×4 game offers a free spins feature triggered when three or more scatter symbols land on the reels and can award up to 15 free spins.

Wilds can randomly transform into special wilds, which are collected in a meter with nine slots. Filling-up the meter triggers a re-spin, where all wilds fall randomly on the grid.

In free spins mode every cluster of three collected special wilds triggers three extra free spins. During the rounds, the wilds roam into new positions with every spin.

Robin – Nottingham Raiders is Peter & Sons’ second title based on the legendary Robin Hood, following the successful release of Robin – Sherwood Marauders earlier this year. It is the studio’s fourth title launch as a YG Masters partner.

Stuart McCarthy, Head of Product and Programs at Yggdrasil, said: “Peter & Sons’ latest addition to the YG Masters portfolio brings the famous Robin Hood and his band of brothers alive on the slot screen for another thrilling adventure.

Yann Bautista, Business Development Manager at Peter & Sons, said: “Following the success of our initial Robin Hood title we are excited to introduce the sequel which offers an abundance of features, great excitement and huge win potential.

“The game is true to our style that we are becoming known for and we keep pushing the boundaries when it comes to delivering premium gaming experiences to players.”