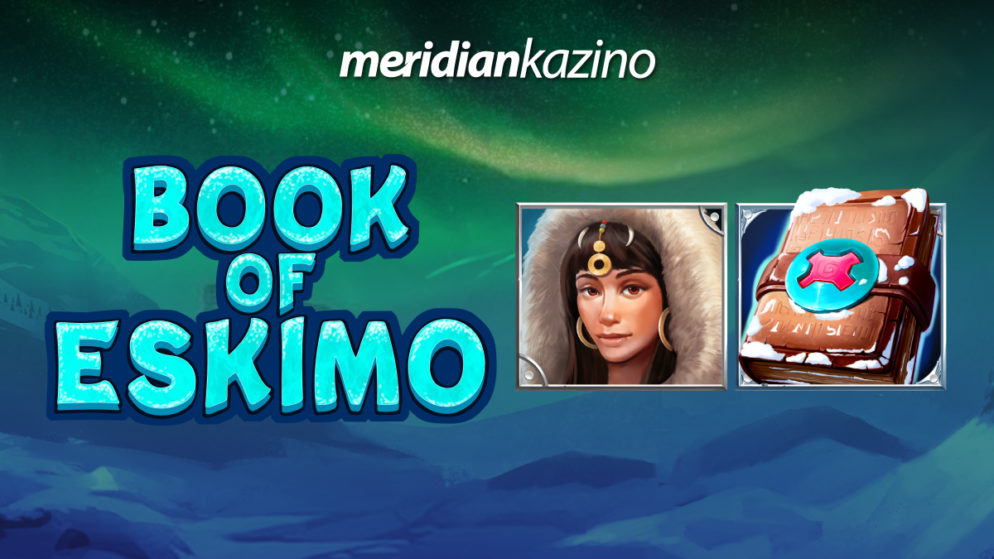 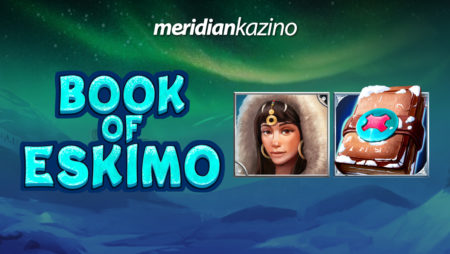 The vast region of Antarctica has always been an undying inspiration for slot developers. While not all ice-themed slots are an adventure on their own, Expanse Studios has hit the mark with Book of Eskimo. An exciting adventure that takes you on a trip through Alaska, it’s a slot that delivers across all areas.

Available in Meridianbet casino, Book of Eskimo can be played for free and real money. We strongly recommend trying it for free first to learn what’s been cooking in Expanse Studio’s kitchen. Book of Eskimo is a thrilling adventure through beautiful frozen landscapes that doesn’t just look great but pays nicely too.

The 5×3 slot game is set against a backdrop of a wild and icy Alaskan forest. The graphics are impressive. Expanse Studios has done a great job with crisp-clear symbols and great animations. It has captured the essence of the icy wilderness nicely. In addition, the tranquil soundtrack really ties it altogether, immersing players into the great atmosphere.

It doesn’t take a genius to guess what kind of symbols appear on the Book of Eskimo slot’s reels. You’ll see sleds, huskies, ice bears, a book scatter, and icy low win card royals. An igloo is the wild, with the highest-paying symbol being the Eskimo lady. The friendly white bear comes next, paying 100x your bet for 5 of a kind, half of what the Eskimo lady pays.

The base game plays just like you expect it. The slot’s layout and design make things easy for players, even newbies. A spin or two for free in Meridianbet casino will tell you everything you need to know. If you need clarification of the payouts and features, check the game’s guide. It has everything laid out for you.

Just like in all slots, the wild replaces symbols in winning combinations. However, land 2 or more in the Book of Eskimo slot game and you’ll trigger the Chained in Ice respins. This is the first bonus feature and as the name suggests, it’s respins you’ll be getting. On the triggering spin, all wilds will expand to cover their respective reels. You then get a respin with all wilds frozen in place, moving a position down with each spin.

The Chained in Ice respins can be triggered from the bonus round. Combined with the free spins, this is where the slot reaches its maximum winning potential.

You can also gamble all your wins up to 5 times. It’s a double or nothing feature where you win if you guess the card color correctly. Be careful with it – you might double your wins, but you can also lose it all.

Book of Eskimo is another excellent Expanse studio release that will appeal to all types of players. Its RTP of 96.11% is just over the industry average, and the fun special features add flair to an already exciting game.

Play it for free first in Meridianbet casino, then fund your account and play for cash which can hopefully lead to big wins.