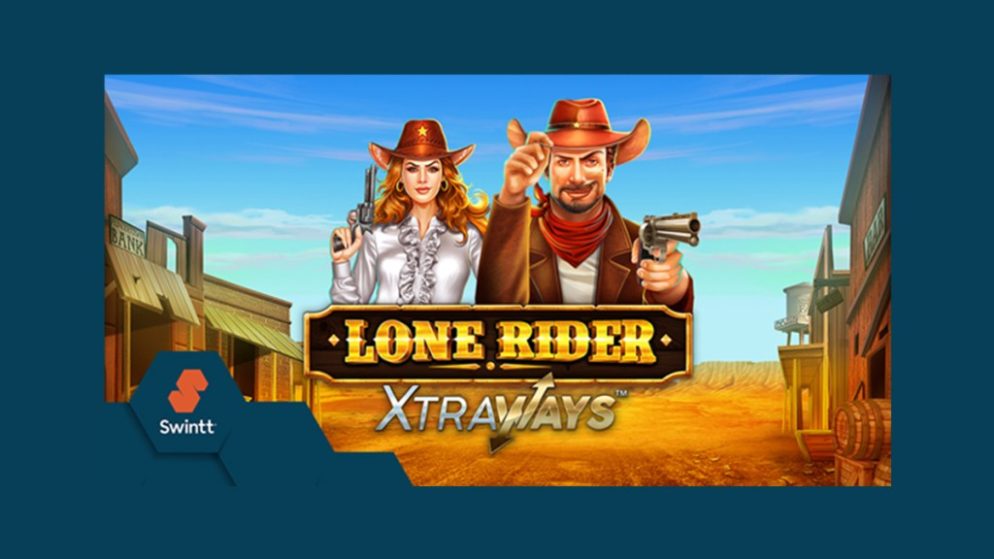 Swintt, the pioneering developer of online slots and live casino games, is taking players to the Wild West with its latest release which is also the first to feature a new and innovative mechanic, XtraWaysTM.

Lone Rider XtraWays™ is a 6×3 reel video slot that offers up to 262,144 ways to win; players can increase the winning potential by collecting XtraWays™ icons that drop at random across all reels. The reels then expand and contract depending on the symbols that land.

With XtraWays™, players can see how large the reels will be on their next spin. There is a counter at the top of each reel that indicates how many symbols will appear in that reel for the next spin. That number can increase depending on the XtraWays™ symbols that land, up to a max of eight symbols.

If that wasn’t enough, players will need to hold onto their hats when three, four, five or six Scatters land during the base game.

When they do, 10, 15, 20 or 25 Free Spins are awarded. The feature starts with the reel layout that triggered the feature but if an XtraWays™ symbol lands the counter for the next spin will increase by the corresponding number on the symbol.

Unlike in the base game, the counters on the top of the reels do not decrease and all reels can reveal up to 8 symbols for the entire duration of the Free Spins.

The highly engaging, highly volatile gameplay has been combined with striking design that really makes the player feel like they have journeyed to the American Frontier.

David Mann, Chief Commercial Officer at Swintt, said: “We are always looking to push the boundaries and develop features and mechanics that deliver new and exciting player experiences, and with XtraWays™ we have certainly achieved this.

“The anticipation really builds as players watch the XtraWays™ symbols land and the counter on each reel rise ahead of the next spin. And with up to 262,144 ways to win, there is plenty of big win action to be enjoyed.

“Lone Rider is a great game to debut XtraWays™; it is our take on a hugely popular theme that we have been able to elevate with our innovative new mechanic. We look forward to seeing players journey to the Wild West and lasso some potentially big wins.”