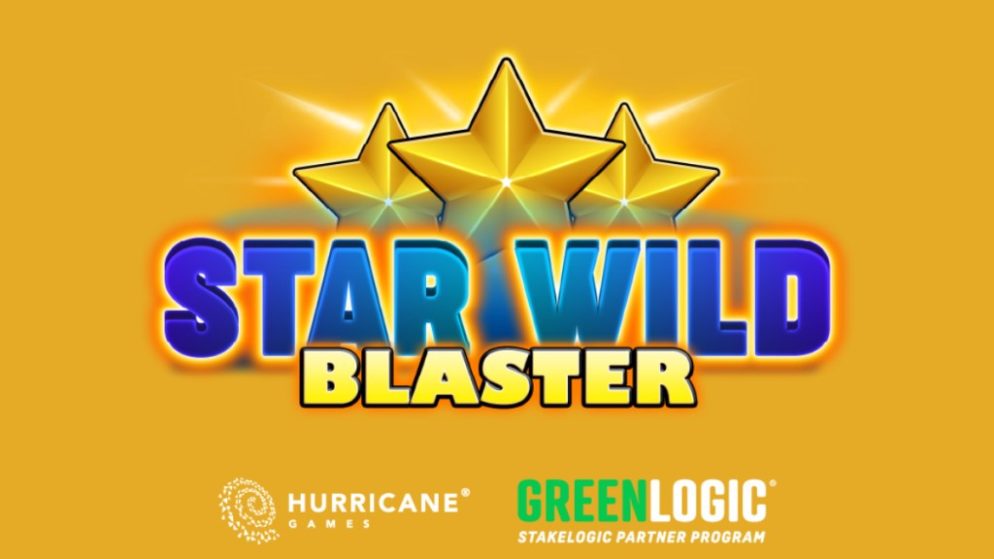 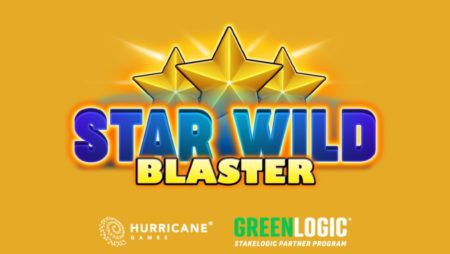 Stakelogic, the innovative and pioneering casino game developer, and Hurricane Games are taking players on a wild adventure in Star Wild Blaster, the latest explosive slot to leave their production line.

As the name suggests, Star Wild Blaster is all about Wilds which Multiply when forming part of a win combination to allow players to land some insane cash prizes.

Star Wild Blaster takes the 5X3 reel format with 10 fixed paylines. During the base game, Wild symbols substitute for all symbols and can appear on reels two, three and four.

Any win combination that includes a Wild starts the Wild Multiplier feature on the reel where the Wild has landed. This is when the really big wins blast off.

Wild symbols expand on reels two, three and four and then a Multiplier is chosen at random for each reel and is then applied to the Wilds on that reel.

Multiplier values include x1, x2, x3, x4, x5, x6, x7 and x10. If multiple Wild Multipliers are included in wins, then the win line Multipliers are added together. This gives a max win multiplier of x9,672.

If that wasn’t enough anticipation and excitement, players are given the option to Gamble their winnings with the chance to significantly increase the value of their prize.

They can either gamble on the card colour or the card suit and if they guess correctly their win will be multiplied by x2 or x4 respectively. Of course, if they guess wrong, they will forfeit their win.

Stakelogic has quickly become one of the most in-demand developers in the market with its suite of classic slots and video slots topping operator game lobbies around the world.

The developer has cracked the code when it comes to creating slot games that are visually striking and that use authentic sound to deliver an engaging player experience.

This is combined with smart math and complex mechanics to ensure players are entertained from the first spin to the last, with lots of big win potential ready to trigger at any moment.

“Once the Wilds land, players are then on a wild ride as the Multipliers kick in and the big win potential builds and builds until blast-off.

“Star Wild Blaster is bold, bright and delivers a thrilling player experience from the first spin of the game round to the last.”

Star Wild Blaster is available from today and you can play at Unibet casino.