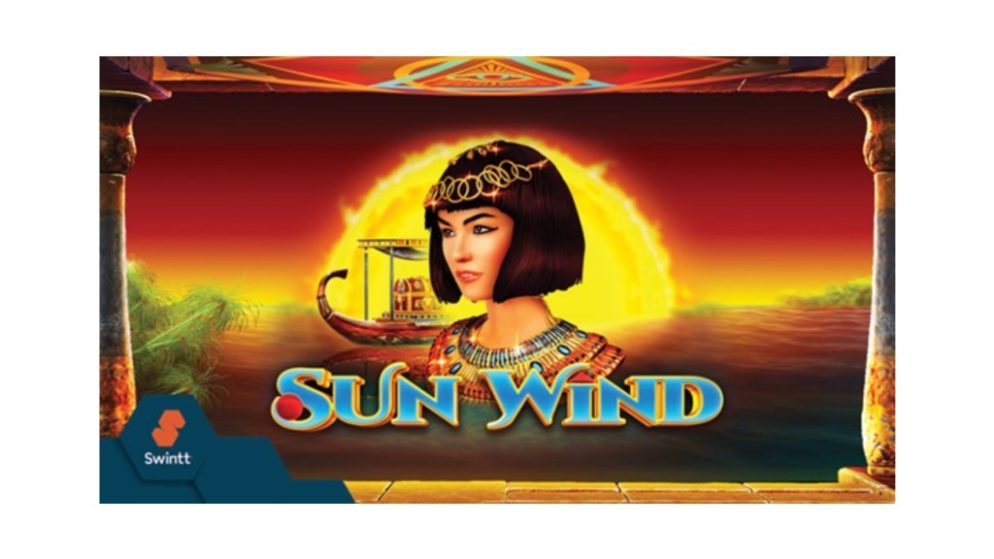 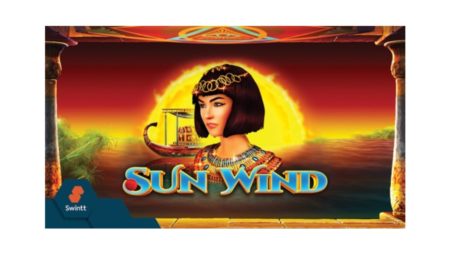 The developer takes a classic theme and ramps up the big win potential via Sun Symbols, Wilds, Free Spins and Expanding Lucky Symbols

Swintt, the rising star developer of highly localised online slots and live dealer games, is taking players to ancient Egypt where the power of the sun will help them claim some truly spectacular treasures of their own.

Sun Wind is a 5×3 reel, 5 fixed payline video slot that sits at the lower end of the volatility scale. Cleopatra and Pharoah reward intrepid players with sky-high wins via Sun Symbols, Wilds, Free Spins and Expanding Lucky Symbols with a max win multiplier of 5,000x.

The Sun Feature is triggered when three or more Sun symbols land anywhere on the reels. The Sun Symbols remain in place during the feature and each new Sun Symbol that lands re-sets the remaining spins to three.

Three or more Scatter Symbols landing anywhere on the reels triggers the Free Spins bonus with 10 Free Games awarded. During the feature, one Lucky Symbol is randomly chosen and can expand on whole reels and pays on active win lines even if they are not connected.

Additional Scatter Symbols that land during the Free Spins feature will award an extra Free Game. Scatters also function as Wild Symbols and substitute for all other symbols except the Lucky Symbol.

Sun Wind benefits from the same striking design and authentic sound that has become a hallmark of Swintt’s chart-topping slot games. Each game has also been localised for growth markets, delivering an experience that not only meets but exceeds player expectations in each.

David Mann, Chief Commercial Officer at Swintt, said: “Sun Wind is our take on the classic ancient Egypt theme. We have captured the spirit of ancient Egypt and combined this with thrilling gameplay that delivers plenty of big-win potential via the various features we have built into the game.

“This game is our first to include the Sun Feature mechanic that has been extremely popular with players in the market and will help us to widen our appeal to even more players who seek out this exciting type of feature.

“The team has done a great job of reimagining the standard Egyptian slot and we look forward to seeing Sun Wind land in operator game lobbies in the coming months and for players to have the Sun Gods shine down on them.”