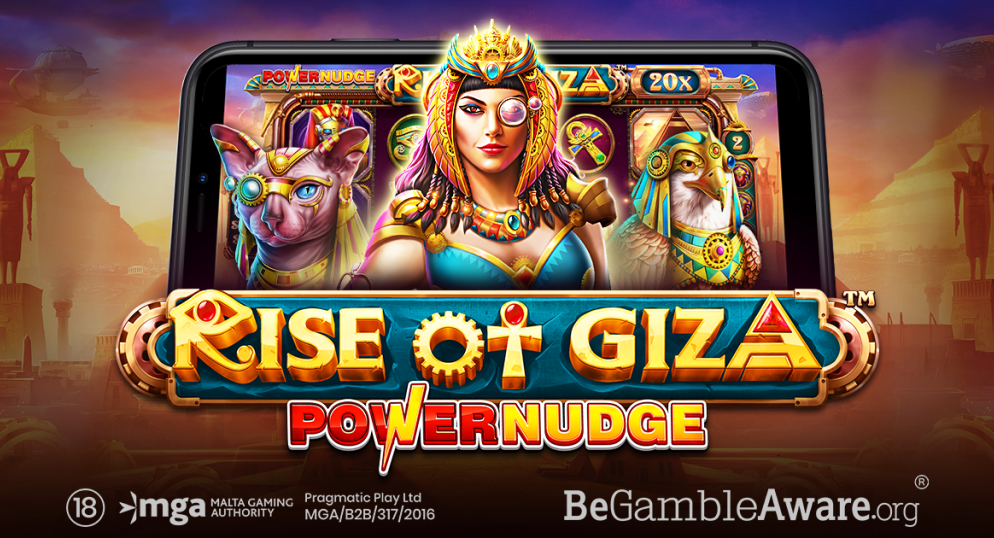 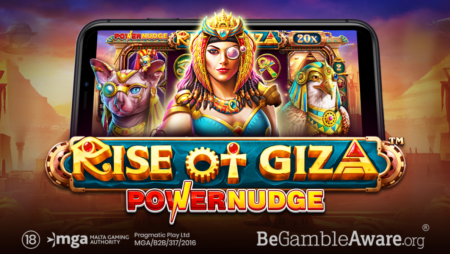 Pragmatic Play, a leading content provider to the gaming industry, is introducing audiences to its new innovative mechanic in their latest release, Rise of Giza PowerNudge™.

Ancient Egypt is pushed into the digital era with a new look and sound in the provider’s latest slot, headlined by a new high-tech mechanic called PowerNudge, which serves as an intricate alternative to a cascading win system and features in all phases of the game.

The game also features a Scarab – the symbol of immortality and resurrection – as the Scatter symbol, which triggers the Free Spins mode when three or more land on the reels.

Winning combinations can start from any reel, and players are awarded eight free spins for three symbols, 10 for four, 12 for five and so on. There’s no limit on the number of free spins that can be awarded in this mode, and a guaranteed payout of 5x the stake will be awarded each time the Free Spins mode is triggered.

The PowerNudge feature also comes into play here, operating in the Free Spins mode by increasing the multiplier by 1x after every nudge or subsequent free spin.

In some jurisdictions, it is possible to purchase the Free Spins mode for a cost of 80x the bet, producing a spin consisting of at least three Scatter symbols.

Rise of Giza PowerNudge™ is the latest title to join Pragmatic Play’s award-winning games offering, residing alongside Book of Vikings™, 5 Lions Megaways™, Buffalo King Megaways™ and a host of other HTML5 titles.

Yossi Barzely, Chief Business Development Officer at Pragmatic Play, said: “We are delighted to introduce PowerNudge to one of our titles for the very first time, which has helped us design a truly bespoke gaming experience for our audiences.

“Rise of Giza PowerNudge™ revitalises the Ancient Egypt genre, keeping players on their toes with improved visuals, a lively soundtrack and a progressive mechanic that provides huge win potential!”