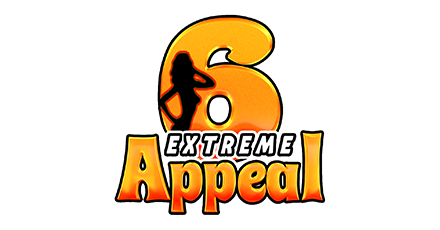 Leading casino content developer Realistic Games has provided a makeover to one of its hugely successful classic titles with its new release 6 Appeal Extreme.

The original iteration of this exciting new slot, 6 Appeal Deluxe, continues to be one of the developer’s most successful games and the reboot has seen a selection of features added to bring entertainment to a new legion of fans.

A 5-reel, 20 win line slot, 6 Appeal Extreme brings players fresh options and new engagement with a Free Spins Bonus Round that includes a multiplier that can increase when re-triggered. Further enhancements see a higher maximum pay out of up to 6,666x and a feature buy-in where permitted.

Red and Blue Dice on the reels are Scatter symbols and any combination of three, four or five dice awards the Bonus Round. Players can start the bonus round with up to 216 free spins and a x12 multiplier.

If 3 or more dice appear in any spin during the Bonus Round, all blue dice are multiplied together to award additional Free Spins, with the value added to the remaining Free Spin count. All red dice are added together to create the additional Multiplier value.

The new slot game is the latest addition to Realistic’s ever-expanding library that exemplifies the studio’s skill in reimagining classic titles to re-engage existing fans while appealing to a whole new audience.

Robert Lee, Commercial Director at Realistic Games, said: “The original was such a success that we were always confident a refreshed version would work equally as well.

“Its timeless gameplay is the perfect fit for the new features, which we’re sure will bring in a new generation of players while gaining approval from its long-time fans.”