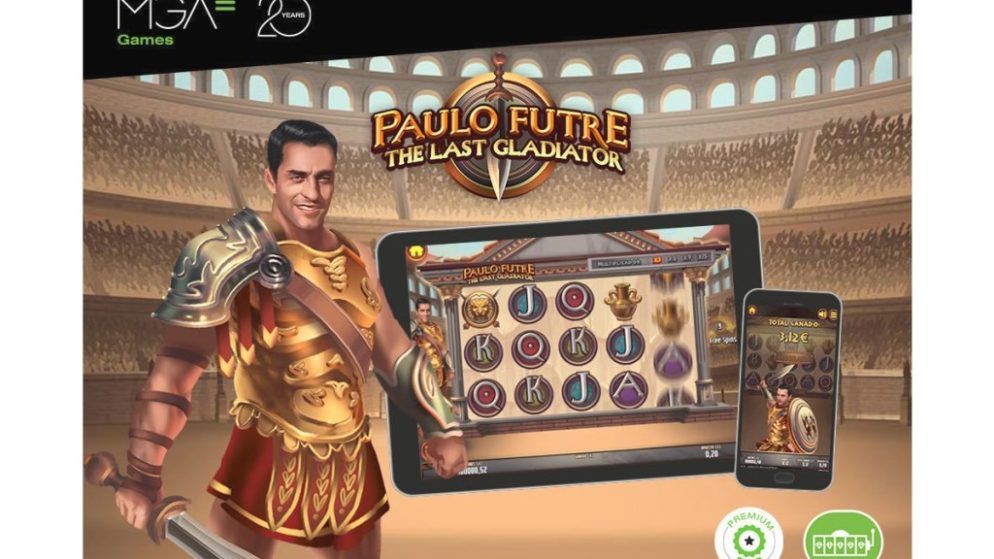 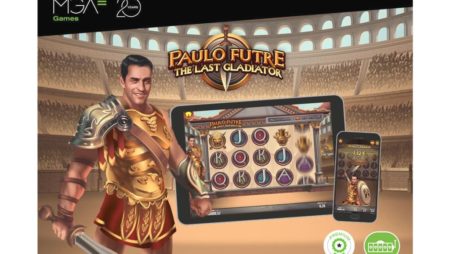 Former soccer player Paulo Futre is considered one of the best athletes in Portuguese history and is one of the top players in the Atlético de Madrid team. In this game, the football stadium is the Roman amphitheatre where Paulo Futre entertains the public in MGA Games‘ Paulo Futre The Last Gladiator.

The leading developers of premium slot games for online casino operators worldwide offers its partners a new successful slot game with the image and original voice-overs of an internationally renowned celebrity.

Paulo Futre is a soccer legend who played for many teams. Teams like Sporting Lisbon, FC Porto Portugal and Benfica in Portugal, Atlético de Madrid in Spain, Olympique de Marseille in France, Reggiana and AC Milan in Italy, West Ham in England and at the Yokohama Flügels in Japan.

Now the legendary footballer makes his debut in the world of online casinos with Paulo Futre The Last Gladiator, a classic-themed 5×3 slot game that takes players on an exciting journey to Ancient Rome.

Armour, shields, helmets and swords are just some of the symbols that make this game so much fun, together with the special Paulo Futre Wild symbol that acts as a wild card that increases winning combinations.

In addition, players can see how after getting a combination of three or more Bonus symbols, the Portuguese star jumps into the arena of the 3 mini-games included in this slot game. An exclusive star tool from MGA Games, this makes for greater immersion and involvement from players.