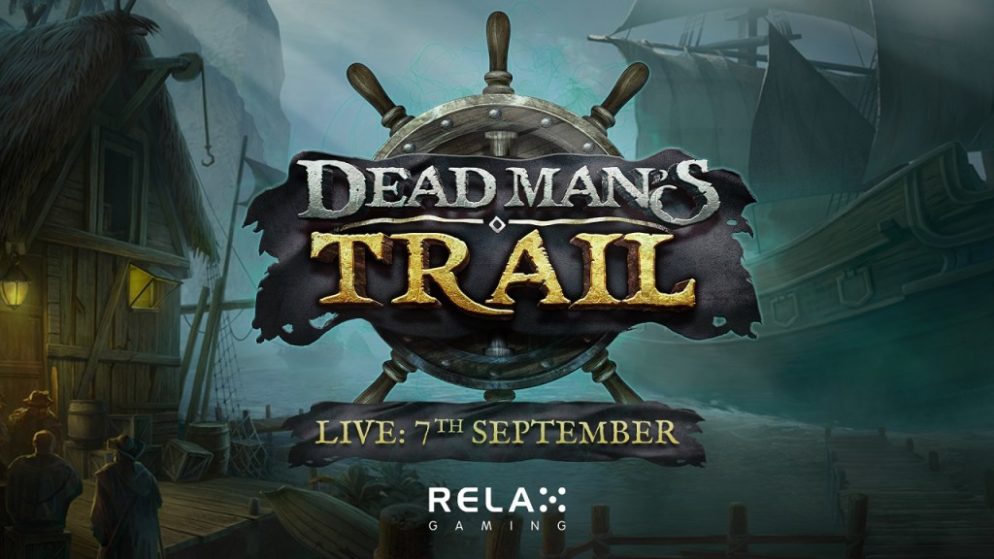 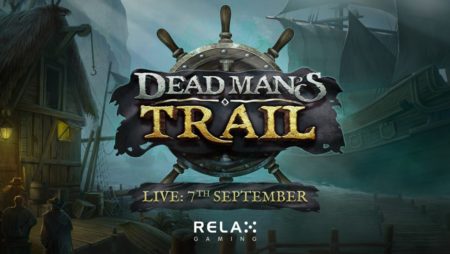 Relax Gaming, the igaming aggregator and supplier of unique content invites players to explore the dark night with its latest release – Dead Man’s Trail. Available from today at Unibet casino.

The daring 5×4 slot offers a maximum win per line of x60 bet and a maximum simulated win worth a fantastic x50,000.

In a slot game that favours the brave, players navigate rough seas with 3 bonus symbols until they reach the Trail Bonus. After that, a pirate map unfolds that sends them on a mysterious journey in search of winnings.

Players move along the markings of the treasure map in the bonus round, where each step could mean death or glory. Features are triggered according to the position landed, ranging from multipliers to collection symbols, random coin wins or even doom!

Once back on the reels, landing coin symbols on 3 or more reels triggers the Coin Feature, which is a welcoming loot awarding the total amount of visible coins.

Commenting on the launch, Simon Hammon at Relax Gaming said: “Dead Man’s Trail is an adrenaline-pumping slot with surprises at every turn. Packed with potential for epic rewards, this title will test the fate of players as they sail across a dangerous journey in search of lost treasure.

“We’re really excited to offer this unique title to our players and we’re sure that they will enjoy the wonderfully immersive gameplay.”

The game quickly caught the attention of streamers and review sites in the industry. In an early review, highly esteemed platform BigWinBoard described Dead Man’s Trail as “Superb”, commenting: “Dead Man’s Trail piles on the nautical atmosphere while packing in all the entertainment needed to thrill adventurous players.”

The review site awarded Relax a 9/10 score for the game, the third consecutive 9/10 accolade awarded to the provider’s upcoming titles, setting the tone for its Q4 roadmap.

As a leading B2B supplier, Relax Gaming has established itself as a true driver of differentiation – with the provider taking home four EGR B2B awards earlier in July and two CasinoBeats Developer Awards at this summer’s summit in Malta – as well as being awarded Casino Content Supplier at the EGR Nordics in February.

Now one of the industry’s strongest aggregators, Relax provides more than 2,000 online casino games – from its high performing proprietary slots to a varied library of content from hand-picked third-party studios via its partnership programmes.