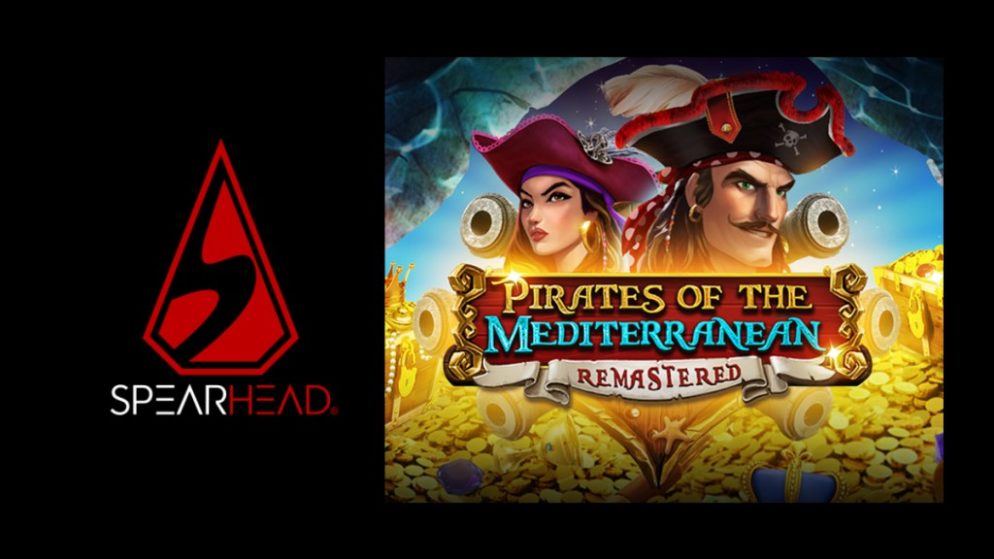 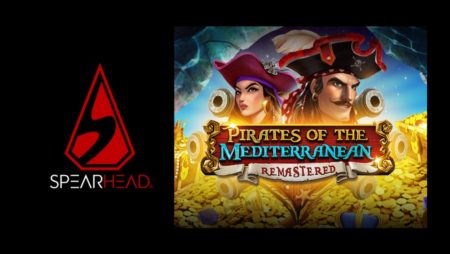 Spearhead Studios unveils new visual identity for one of the company’s most popular titles. The Pirates of the Mediterranean has gotten a well-deserved visual makeover and is ready to greet players with an updated look & feel.

Pirates of the Mediterranean Remastered is a 5X3 video slot with ten paylines which is set to bring entertainment levels up. Players will encounter the adventurous pirate captain and his sea maiden in their quest to recover the huge riches contained inside the pirate’s coveted treasure chest. The base game includes random Walking Wilds, which can appear on any of the five reels, and which can also re-trigger.

All wins in the free spins are multiplied by 4X and, or 8X if a Wild is involved, making up to 9,000X possible wins. All base and feature wins can be entered into the Gamble Ladder to potentially increase them (up to €30,000).

Kevin Corti, Game Development Director at Spearhead Studios, comments: “The excellent math model of this game definitely deserved a modernised, fresh, and visually-engaging visual makeover. This is a game that can deliver terrific fun, from the powerful walking wild to the frequently re-triggering free spins with their generous win multipliers and is a welcome addition to our portfolio.”

Powered by EveryMatrix Group, Spearhead Studios boasts a portfolio of 40+ titles across 14+ markets, including Europe and Latin America, with the United States coming soon.

Earlier this month the company has released Mexican-themed Muertitos Video Bingo, a high-intensity video bingo that brings a colourful musical theme inspired by the Mexican “Day of the Dead” celebration.

The game is available from today at 22Bet casino.