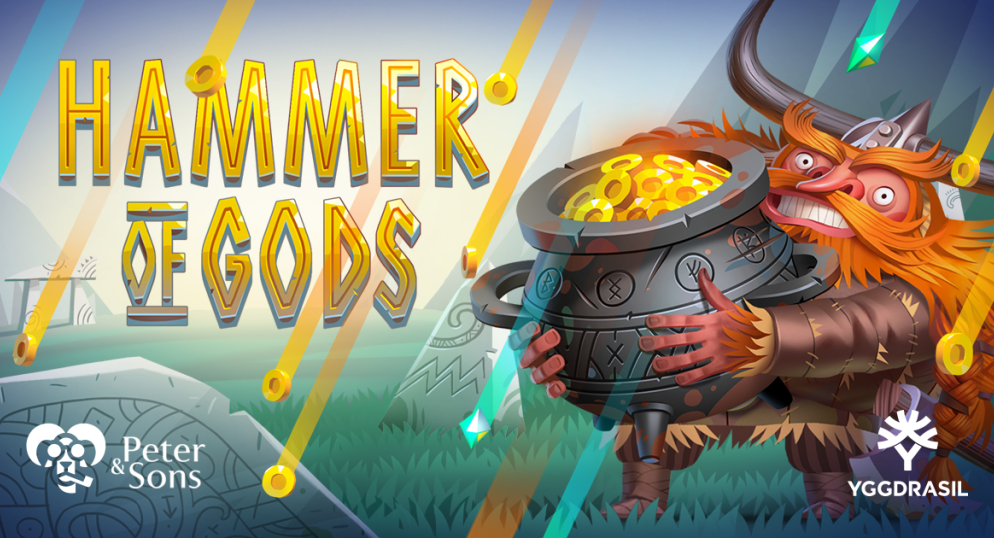 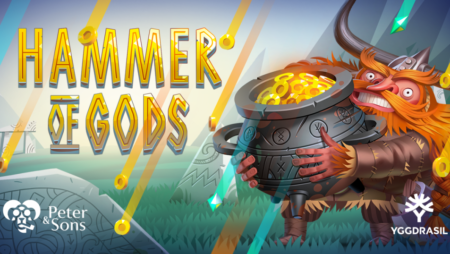 Yggdrasil and YG Masters partner Peter & Sons have embarked on a fearsome quest in search of giant wins in the new release Hammer of Gods.

On each spin, some positions are highlighted randomly, with a multiplier attached. This can be up to 4x, leading to big wins in base play.

Special Wilds can land on the reels, filling up space on a floating shield. If all three spots are filled, a re-spin is triggered with the three Wilds landing on the reels. The collector resets after their release.

Three or more shield symbols will trigger the Bonus Game, awarding 15 Free Spins. During this mode, plentiful Wilds and Multipliers are present as the Viking’s plunder their way to glory or Valhalla.

Hammer of Gods is the newest release in the YG Masters program created by Peter & Sons, following Robin – Nottingham Raiders, becoming the fifth title developed by the studio as a partner.

Stuart McCarthy, Head of Product and Programs at Yggdrasil, said: “With a distinct graphical style, immersive gameplay and giant win potential, Hammer of Gods is another thrilling Peter & Sons addition to the YG Masters portfolio.

“It has been a hugely rewarding relationship so far, and we can’t wait to roll out Hammer of Gods across our operator network.”

Yann Bautista, Business Development Manager at Peter & Sons, said: “Our games have been well received by Yggdrasil partners with every new release, and we’re delighted to launch Hammer of Gods.

“With Wilds, Multipliers, Special Features and enormous wins, it combines plenty of fantastic elements and we’re eager to see how fans react.”