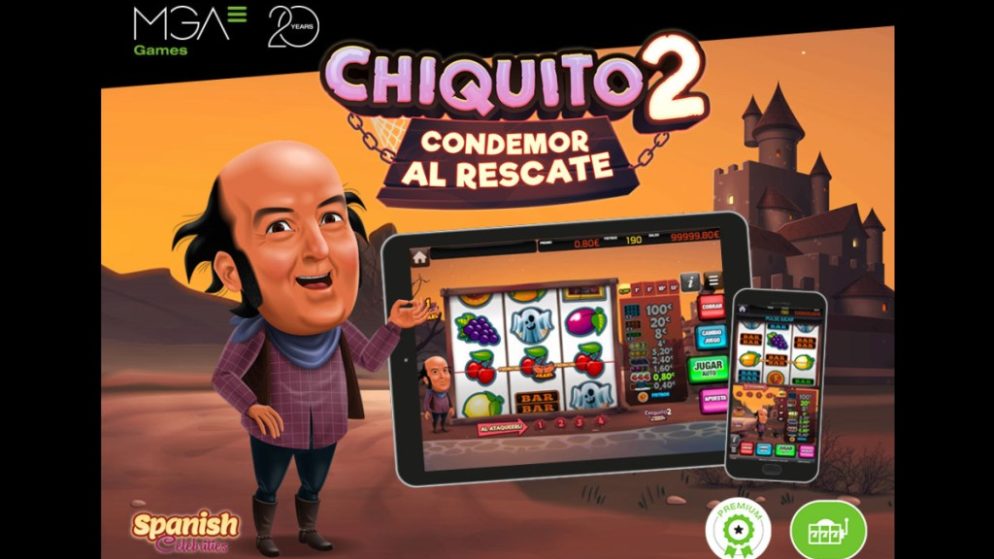 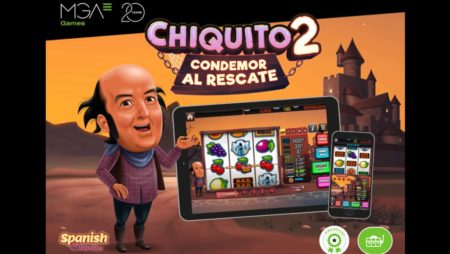 With this new release, MGA Games hits a record 100 productions, all now available in its casino games catalogue.

Without a doubt, the Chiquito slot game, created by leading online gambling content developers, MGA Games, continues to be one of the most successful productions for casino operators. Since its launch in 2018, the Chiquito phenomenon continues to be the number one game played in Spanish online casinos. And now, the game has a sequel, with the premiere of the long-awaited Chiquito 2: Condemor al Rescate in the Spanish Celebrities Slot game series.

With this new release, MGA Games offers a new winning product and hits a record 100 productions – available now in its games catalogue.

According to MGA Games, the second Chiquito game will be sure to excite players and is as great if not more brilliant than the first game, Chiquito de la Calzada. The slot game is imbued with the authentic and genuine humour of the famous Malaga comedian and includes some of his well-known expressions: ¡Por la gloria de tu madre! ¡Cuánto dinerito! Fistro pecador… It also features magnificent audio and elaborate music including phrases sung by Chiquito, which are catchy and fun.

Chiquito returns to the atarqueeeeeer… this time as a new character based on a comical story he used to tell of an aristocrat who embarked on a journey to save the princess from the mysterious castle. As always, the game’s design stands out for its excellent animation, quality of graphics, and download speed.

In Chiquito 2: Condemor al rescate, MGA Games continues to innovate and improve the user experience with better and more mini-games. The slot game includes a total of 6 hilarious mini-games that are randomly accessed when players hit certain pay lines. There’s one in the main game and five in the upper game – all of which complete this fun adventure.

The slot game is fully themed. It includes Sieteerl symbols, Jaarl prizes (that increase the vertical line counter in the upper game), and the Chiquito wild symbol (used to combine with other symbols on the reels).  In addition, users can earn Fistros (bonuses) that allow them to switch to the higher game and win more prizes.

A great new example of MGA Games’ specialty: creating a winning product that combines humor and fun with maximum profitability. Chiquito 2: Condemor al rescate is available from September 27th in all main online casinos in the Spanish market.