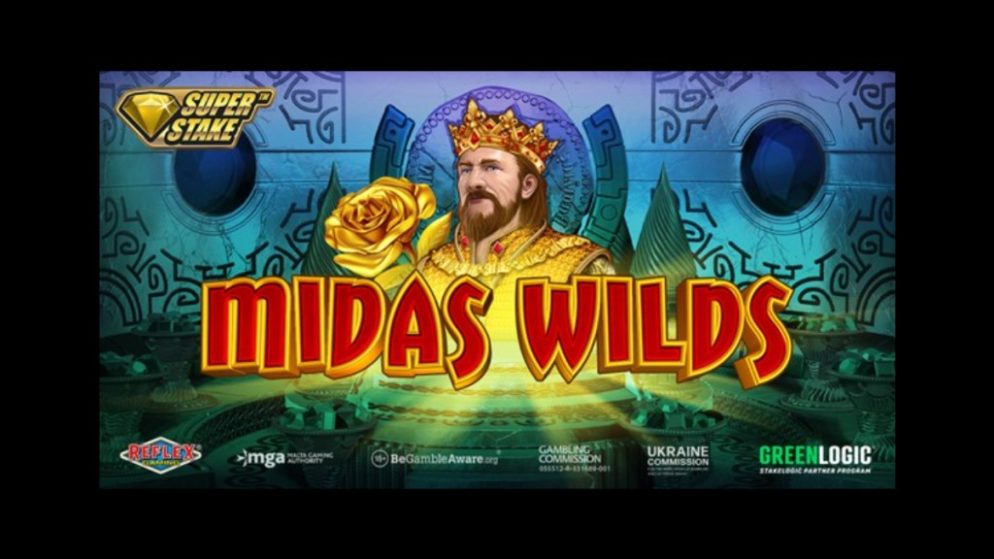 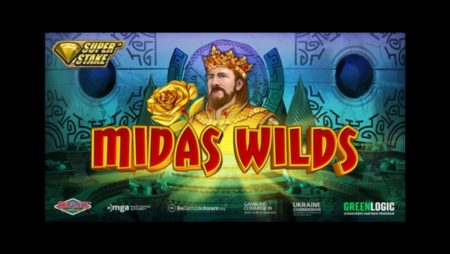 Developers’ latest video slot glistens with big win potential as players join King Midas and take advantage of his ability to turn everything he touches into gold.

Stakelogic, the tier one online casino content provider, & Reflex Gaming are giving players the chance to enjoy the Midas touch and turn spins into gold and big wins in the latest slot to roll off their production line, Midas Wilds.

The game is played on a 5×3 reel matrix with 20 win lines. Players join King Midas, the ruler of the ancient Kingdom of Phyrgia, where he sits in his palace marvelling at the powers bestowed on him by the gods – everything he touches turns to gold.

His food, a rose, a river, even his own daughter; once he has touched them they become solid gold. A gift or a curse? The only way to find out is to join King Midas in Midas Wilds. In addition to his powers, players are helped in their quest for riches by several bonus features.

This includes Free Spins, which are triggered when three Scatter Symbols land on the reels. The number of Free Games awarded is determined by the type of Scatter that lands on reel three and as follows:

When the Midas symbol lands on the reels, one of three Wild Boost Bonuses are awarded. This includes Wild Boost Bonus – Rivers of Gold which sees the full-length Midas character appear and then be replaced with a cascading river that turns to gold, revealing a full reel of Wild symbols.

The Wild Boost Bonus – Midas Touch sees three or more reel positions, including the Midas symbol, be touched by the hand of Midas turning them into Wild symbols.

The Wild Boost Bonus – Mega Wilds sees three or more positions, including the Midas symbol, be touched by the hand of Midas turning them into Mega Wild symbols which have a x2, x3, x5, or x10 Multiplier. All Mega Wilds have the same Multiplier value.

Players are given the option to Gamble their winnings with the chance to increase the value of their prize. They can either gamble on the card colour or the card suit and if they guess correctly their win will be multiplied by x2 or x4 respectively. Of course, if they guess wrong, they will forfeit their win.

Salvatore Campione, Head of Greenlogic® at Stakelogic, adds, “From the initial spin to the last, this highly entertaining slot builds anticipation with every spin.

With the Free Spins, players are taken on a hair-raising adventure.  As the number of Wild Respins ramps up, and the multipliers kick in, the winning potential gets bigger and bigger.”

Mat Ingram, CPO at Reflex Gaming, said,“This game is our take on the popular King Midas theme. Combine this proven formula with the innovative Super Stake™ game mechanic, and you have a match made in heaven. I’m a big fan of Free Spins features that become progressively better as they play out, players will see that the Midas Wilds feature can give them amazing win potential.”