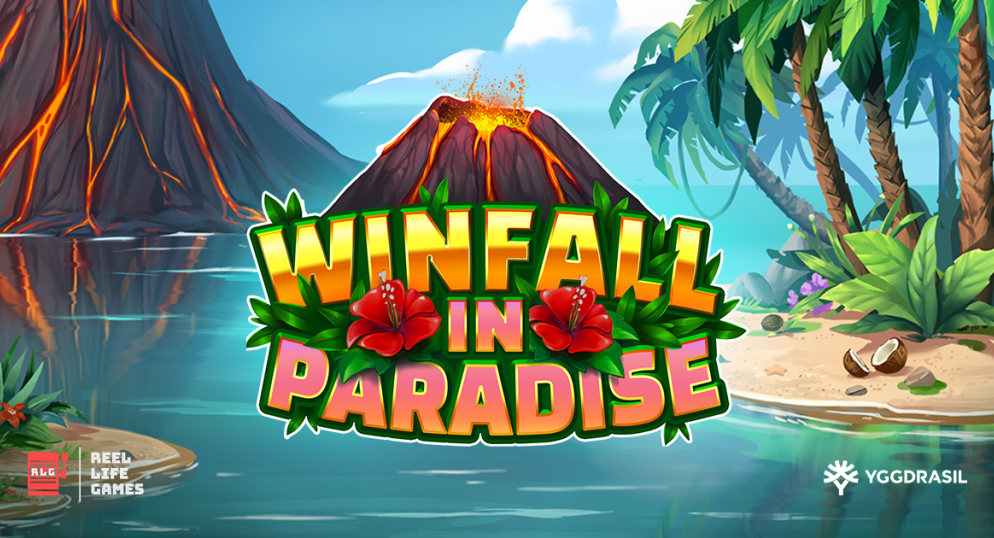 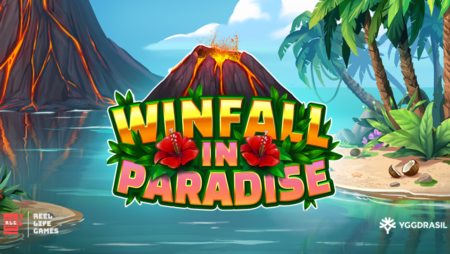 Yggdrasil, the leading worldwide publisher of online gambling content, has partnered with Reel Life Games to release its tropical undertaking, Winfall in Paradise.

A majestic isle is the site of huge riches in the YG Masters program’s latest innovative hit and the 4×5, 20 payline slot is packed full of features.

When a Wheel symbol lands on the fifth reel at any point, the Bonus Wheel is immediately triggered. This will show the three Bonus Features that can be awarded in multiple combinations. These are The Wave, The Wind and The Volcano.

The Wave will see between two and 20 wilds added to the reels, with priority given to the first three reels, and at least two wilds will land in a row on these reels.

The Wind will select a random symbol, with every symbol of a lower value being replaced by the chosen one, for huge win potential. In addition, two wilds will be added to the reels.

The Volcano is a ‘win it again’ prize, set to a minimum 20x a player’s stake and growing with each win over that amount, for exciting win potential throughout base gameplay.

As well as the above modifiers, Winfall in Paradise contains a Free Spins mode, triggered by three Golden Turtle symbols landing on the reels. Every free spin ensures a guaranteed increasing minimum win, as well as the potential for huge modifiers through the Bonus Wheel.  Trigger a large win early in the free spins and watch it repeat on every subsequent spin.

In certain jurisdictions, it is also possible to purchase the Free Spins mode from base play.

Stuart McCarthy, Head of Product and Programs at Yggdrasil, said: “The idea of the YG Masters program was to bring exciting, innovative and truly unique content to the wider iGaming community, and this is evident in the release of Winfall in Paradise. With immersive gameplay, an array of modifiers and features and minimum guaranteed wins, there’s plenty for players to love in this island adventure.”

Andy Kniaz, CEO at Reel Life Games, said: “We’re delighted to launch Winfall in Paradise across the Yggdrasil network. With striking artwork, a fun theme and huge win potential, its packed to the brim with mechanics and modifiers that will keep players returning again and again.”