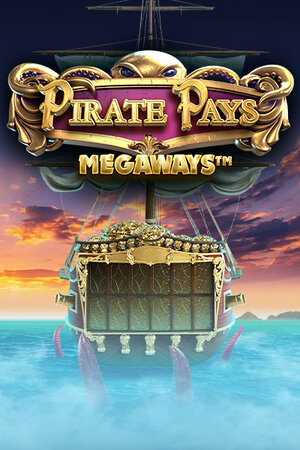 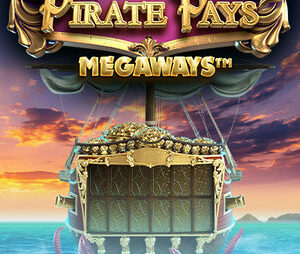 The swashbuckling Pirate Pays Megaways™ will go live exclusively on Unibet casino on 13 October before rolling out on the Relax Platform from 27 October. It’s a stunning-looking game comes packed with giant sea monsters, stacked wilds, mega-triggers and interactive bonus rounds.

Trust BTG to make a Pirate theme different, full of endless treasures.  The slot game is powered by BTG’s acclaimed Megaways™ mechanic, which really amps up the pirate action. Secondly, this powerful random reel-modifier means the number of winning pay lines change with every spin – reaching anything up to 117,649 when the reels get hot.

In the Kraken bonus round, there’s a range of 20 prize free spins and multipliers are shown on the screen. Players can choose to accept or reject the Kraken’s offer of one of these prizes. Should they rebuff the monster, destroying up to five of the remaining prizes, and the majestic Kraken will make another offer.

This will continue until an offer is either accepted or only two prizes remain, at which point the player can choose to open one of two mystery chests to reveal their final prize.
A special purple scatter symbol matched with two greens will trigger the Enhanced Bonus Round. It’s the same as above except the lowest ten prizes are removed from the get-go, making for an even spicier treasure hunt.

Nick Robinson, BTG CEO, said: “We wanted to breathe new life into the pirate-themed format by turning the cliché on its head. Pirate Pays is a slot that’s filled with some really interesting new elements, but it never compromises on entertainment value. That’s why this is a game that will appeal to all types of players from scurvy seadogs to regular, everyday landlubbers.”

Pierluigi Rinaldi , Head of Exclusive Content at Kindred Group said “Pirate Pays Megaways™ is jam-packed with the arresting graphics, sound and gameplay, and all the innovative mechanics and bonus games, that we’ve come to expect from BTG.  We look forward to treating our players with exclusive early access to what may become a truly classic game.