Swing into action with Stakelogic’s Apes of Doom 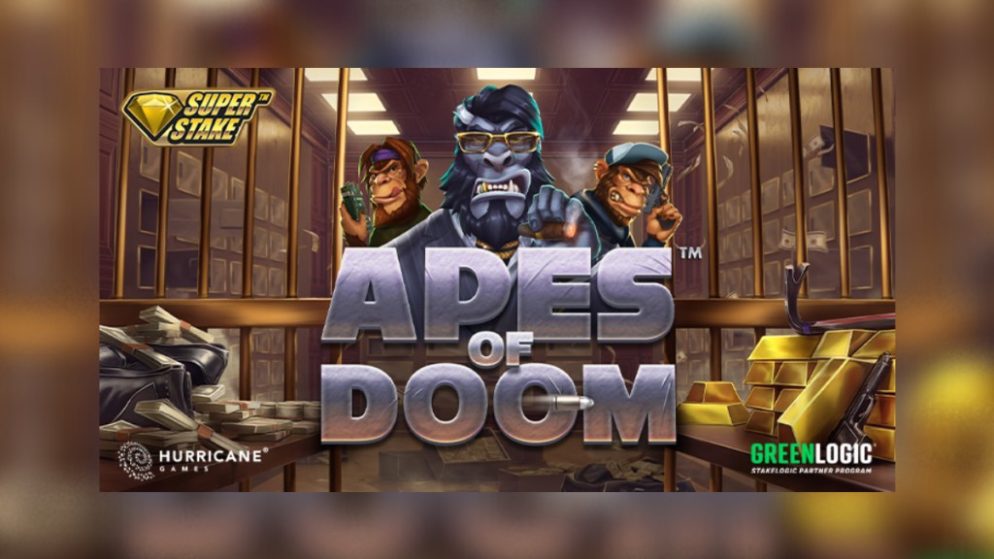 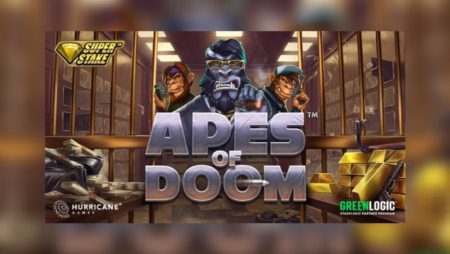 They did, they finally did it!” – Stakelogic returns to the small screen with a new Hot Zone slot where multiplier reels can lead to wild wins.

Fresh from the rip-roaring success of top titles like 9 Pyramids of Fortune and Wild Bounty, software giants Stakelogic have again teamed up with Hurricane Games to bring players an all-new, action-packed adventure in Apes of Doom.
In the game – which features four reels and 10 paylines – the apes have run amok in the big city and are now controlling all of the major banks and businesses. Will you be able to evade their hairy paws and escape with your share of the riches? Several exciting features suggest the heist is definitely on!

First and foremost, players will notice that in addition to the slot’s four main reels, three special multiplier reels will also whir into action on every spin. Should three matching multipliers stop in designated Hot Zones, they’ll be added together and applied to your win to create gigantic payouts.

Got the multipliers in place, but missed out on a winning payline combination? No problem. If three matching multipliers land in Hot Zones without a payline win being present, the values will lock in place as players are granted re-spins, with any new wins created receiving the initial boost.

On top of this always-on base game feature, players will also have the chance to trigger a Free Spins mode by landing multiple scatter symbols. Here, they’ll receive 10 or 15 Free Spins based on the number of triggering symbols, with the added bonus that ANY three multipliers landing in Hot Zones – whether matching or not – will be applied to their win, with Free Spins also being re-triggerable.
As a final consideration for players, Apes of Doom will be another title in Stakelogic’s growing catalogue of Super Stake games. This means for an additional investment of 2x their bet, double the chance of scatter symbols will be added to the reels, making it far easier to trigger the main feature.

Got even deeper pockets? For 100x your bet, you can buy into the feature directly from the base game. This gives you instant access to the Free Spins and enhanced Hot Zone multipliers, thereby significantly improving your chances of landing Apes of Doom’s maximum jackpot of 3351x your bet.

Salvatore Campione, Head of Greenlogic® at Stakelogic said: “Having had so much success with Hurricane Games in the past, we’re delighted to collaborate with the team once more to release an exciting new slot game that will certainly have players going ape over its massively multiplied payouts!”
“Players have already seen from our previous releases that Stakelogic and Hurricane Games are a match made in heaven. In Apes of Doom, we’re raising the bar even further to bring players big-money features in our most ambitious release yet.”