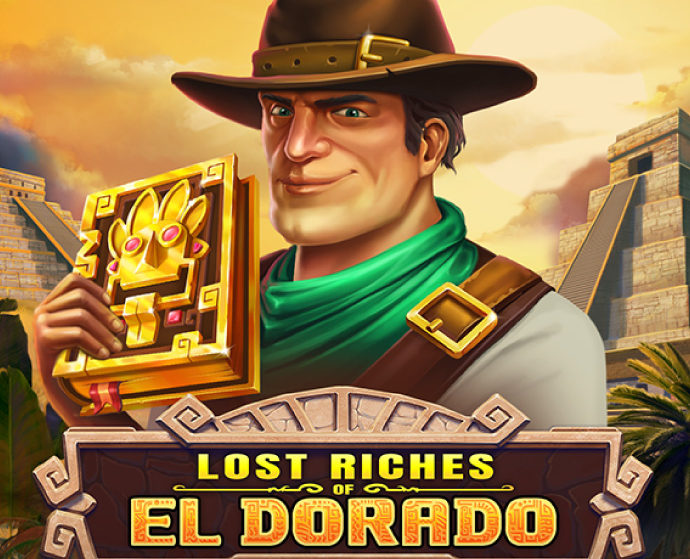 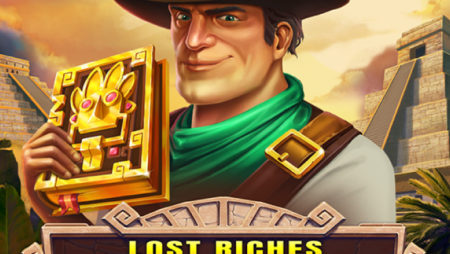 The lost city of El Dorado is constant inspiration for new popular slot games. This time the software provider Stakelogic releases the Lost Riches of El Dorado, an adventure casino slot where players can win up to10,000x the bet. When the free spins bonus game is triggered, players can expect expanding symbols and wild scatter symbols to increase the winning amount. Play Lost Riches Of El Dorado for free at Unibet casino.

Journey through the jungles of central America to the legendary lost city of gold, where Free Spins and wins of up to 10,000x your bet await

Calling all intrepid explorers! Lost Riches Of El Dorado, the latest all-action adventure from legendary slot software producers, Stakelogic, and Hurricane Games, has officially arrived – and with it, the chance to uncover a fortune in long-forgotten treasures.

The new game from the hit studio is played out across a 5×3 reel matrix that features 10 paylines and wins that pay from left to right. The reels are decorated with an ornate stone border, while a striking background depicts the setting sun bouncing off the fabled golden temples of the mystical El Dorado.

Unique symbols that appear in the game include golden idols, coins, treasure chests and a male explorer, while the conventional ace-through-ten playing card values account for the lower value icons. In addition to those regular base game symbols, players will also need to keep an eye out for the golden book symbols, which are both the slot’s substitute wild and bonus-triggering scatter icon.

Should two of these golden books appear anywhere on the reels, players will activate the Cash Bonus feature, which sees a base game symbol and a cash amount selected at random. After this happens, the cash amount is added to all occurrences of the selected symbol that are currently in view on the reels, with these being added together and the total being awarded to players as an instant payout.

If three golden books arrive at the same time, however, players will instead trigger Lost Riches Of El Dorado’s main Free Spins feature. Here, they will receive a starting award of 10 Free Spins as one regular base game icon is randomly upgraded to become an expanding symbol. Before the Free Spins begin, players will have the option to either accept this symbol, or shuffle it one time for a new one.

The expanding symbol will automatically stretch to fill the reel whenever additional winning paylines can be completed, while landing three subsequent golden books in a single spin will not only award an extra 10 Free Spins, but will also upgrade the expanding symbol to the next one up in the paytable.

Given Lost Riches Of El Dorado is a Stakelogic title, it should come as no surprise that the game again also features the studio’s trademarked Super Stake™ and gamble features. The former gives players the option to increase their starting bet to add more golden book symbols to the reels, while the latter allows them to double or quadruple any wins by guessing the colour or suit of a card.

Salvatore Campione, Head of Greenlogic® at Stakelogic said: “Whenever Stakelogic and Hurricane Games team up for a new release, players know they’re in for a treat – and Lost Riches Of El Dorado is certainly no exception. Our latest slot adventure boasts cutting edge graphics and features, with the welcome return of our signature Super Stake™ mode giving players even more ways to win big.”