PRAGMATIC PLAY USHERS IN THE FESTIVITIES WITH SANTA’S WONDERLAND™ 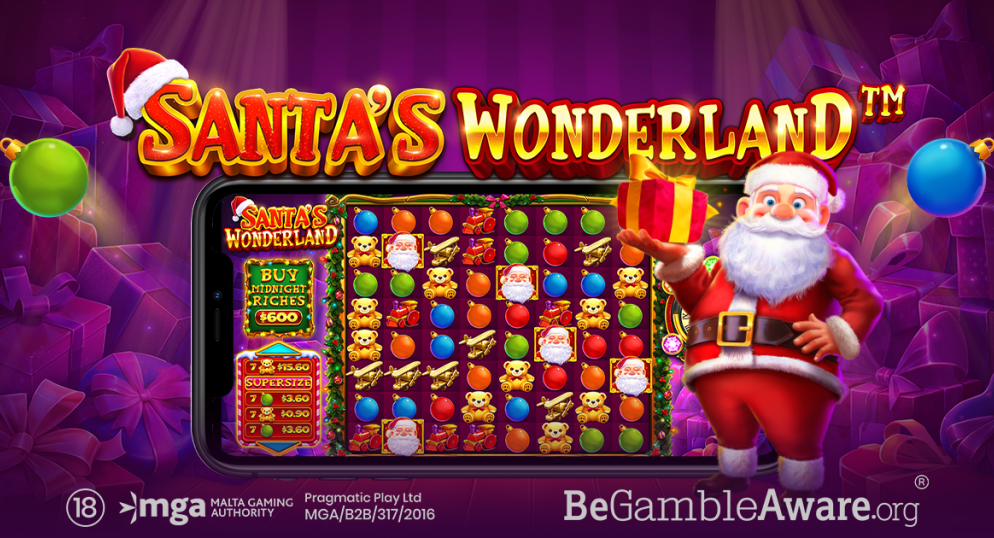 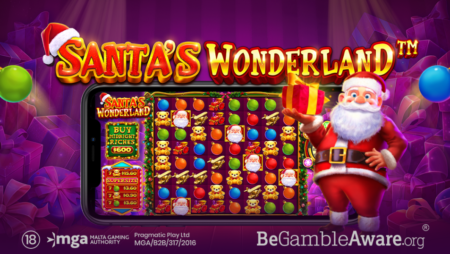 The newest addition to the slot game portfolio by Pragmatic Play is Santa’s Wonderland. The Christmas themed slot is released in the start of the holiday season to cheer up the players with some big wins. Santa’s Wonderland is a tumbling reels slot game which means after a winning combination, the winning symbols are replaced with new ones. A new addition is the Spin feature where five special markings appear behind symbols and if a win happens on top of the marking, it triggers the special feature.

Pragmatic Play, a leading content provider to the iGaming industry, is ramping up the excitement for Christmas a little earlier than usual with festive new release, Santa’s Wonderland™.

Not only is Santa Claus coming to town this Christmas – he will also be taking on a prominent role in the provider’s latest slot release, packed to the brim with Christmas presents, coloured baubles and incredible festive rewards.

Santa himself can be spotted amongst the symbols, however, when he does land, the symbol acts as a Wild, allowing players to substitute it for various other symbols to form winning paylines.

Thanks to a Tumble feature, symbols that form part of a win will disappear, and those above will tumble down and take their place. Play then continues with this new collection of symbols as a new game with no cost to the player. This process repeats until there is no winning payline.

There are five different coloured overlays in the game that sit neatly behind the reels, determining which of five special features will be triggered whenever a win occurs above a coloured marking, providing even more entertainment and festive cheer.

Cluster awards accumulate on the Midnight Riches Meter, eventually triggering the Midnight RIches Feature, increasing the multiplier value each time it is retriggered. Players willing to buy-in can, but it will cost them 100x their total stake each time they want to access it.

Julian Jarvis, Chief Executive Officer at Pragmatic Play, said: “Though we designed the new slot with Christmas festivities in mind, we wanted to include a bunch of exciting mechanics that will allow it to be enjoyed throughout the year.

“Santa’s Wonderland™ offers a truly bespoke experience that is set to amuse audiences across the globe, featuring a unique Midnight Riches Feature that can reward players with sizable wins.”

Pragmatic Play currently produces up to five new slot titles a month, while also delivering Live Casino, Virtual Sports and Bingo games as part of its multi-product portfolio, available through one single API.