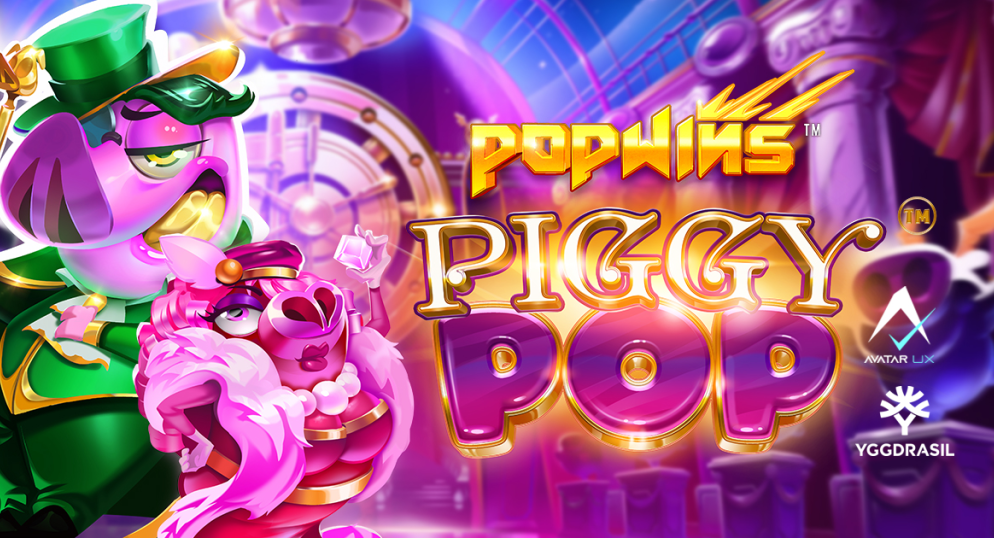 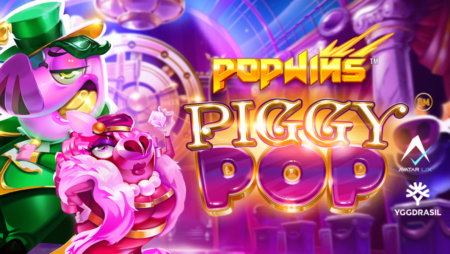 PiggyPop is the newest slot game by Yggdrasil, featuring the PopWins mechanic exclusive to the AvatarUX brand. When a player spins a winning combination, the symbol ‘Pops,’ creating two new icons and the possibility of a second win. Because the feature keeps rolling and the Pops keep creating fresh wins, the PopWins sequence can result in many wins. Another bonus feature that would surely make players happy is the Unlimited Free Spins, where every win resets the counter, giving you a chance to reach a golden winning streak. Through the YG Masters program, this slot will be available in all online casinos that provide Yggdrasil games.

Yggdrasil, the leading worldwide publisher of online gaming content, has partnered with AvatarUX to release PiggyPop™, set in the glamorous world of its porcine inhabitants.

Set in a glitzy, casino-style setting, PiggyPop™ sees AvatarUX’s iconic PopWins™ mechanic return, with each win ‘popping’, before the reel height increases and two more symbols take their place. The feature allows the reels to expand to up to six symbols in base play, and eight in the free spins mode.

When all reels reach their maximum height of six symbols high, players trigger the Unlimited Free Spins mode, where reels can hit up to eight symbols tall. Every spin increases a multiplier by 1x, giving massive win potential during the bonus round.

During the Free Spins, the value of the Golden Pig symbols is multiplied by the amount that are on the reels, which can double if all reels are unlocked.

Before the Bonus Round, players are given the option to gamble their Free Spins, with a successful gamble giving a higher starting reel height, while losing will return players back to the base game.

PiggyPop™ marks another appearance for the studios hugely engaging PopWins™ mechanic, which has been enjoyed by players across the globe in a series now spanning eight games. It is the latest slot released by AvatarUX through the YG Masters program, utilising the unique GATI technology developed by Yggdrasil. AvatarUX’s Lilith’s Inferno, was one of the first titles to be released through the successful YG Masters in 2019.

Stuart McCarthy, Head of Product and Programs at Yggdrasil, said: “AvatarUX ‘s PopWins™ products continue to gain plaudits across our network. It is no secret they are hugely popular games, and we’re delighted to facilitate the launch of yet another landmark game by them.”

Marcus Honney, Managing Director at AvatarUX, said: “PiggyPop™ is another thrilling PopWins™ game that brings excitement and a real sense of glamour to our series.

“With fan-favourite features, huge win potential and an engaging theme, players will be enjoying the company of our greedy pigs in search of thrilling results. We are extremely pleased with the success of the PopWins™ mechanic and how it has been embraced by players from all over the world. We will continue to produce highly engaging titles featuring PopWins™ and we are excited about what the future holds.”