PRAGMATIC PLAY CONJURES UP A STORM IN MAGICIAN’S SECRETS™ 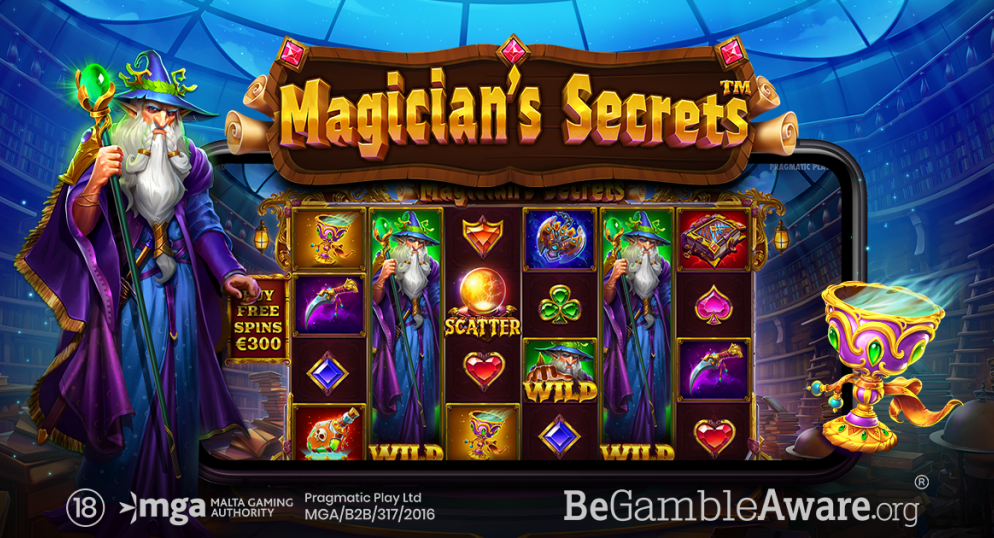 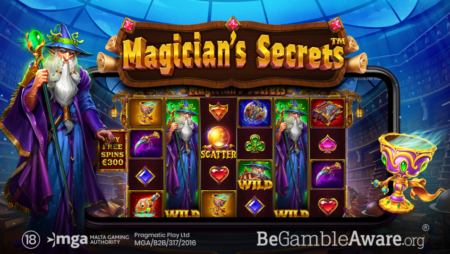 The casino content providers are back in the new year with new exciting games. Pragmatic Play’s first release in 2022 is a slot game Magician’s Secrets. This casino slot belongs to the Megaways slot games as there are 4,096 ways to win playing Magician’s Secret. Additional bonus features include multipliers, sticky wild, expanding wild and the best part is, Magician’s Secret awards players with free spins during the gameplay.

Pragmatic Play, a leading content provider to the iGaming industry, kicks off the New Year by welcoming players to try out its latest spellbinding slot title, Magician’s Secrets™.

Providing players with an impressive 4,096 ways to win and a randomly triggered expanding Wild feature that provides multiplier values worth up to 10x the bet.

The Magician always has a trick up his sleeve, but he also hides some big wins up there too. Wild symbols help players complete winning paylines, while landing three Scatter symbols will trigger the Bonus Round.

Expanding Wilds awards players with 10 free spins, a multiplier that increases with each respin, and the opportunity to retrigger them, while Sticky Wilds awards eight free spins and an extra three spins for each reel players fill with a pre-selected Sticky Wild symbol.

Premium symbols pay anywhere up to 100x the player’s stake for six of a kind wins, and the Magician’s Wild steps in for all paying symbols to help complete winning combinations.

Yossi Barzely, Chief Business Development Officer at Pragmatic Play, said: “We are thrilled to be able to start the New Year as strongly as we ended it, with Magician’s Secrets™ setting the standard for what is to arrive over the next 12 months.

“The game is littered with Wild symbols that can have a huge impact over the base game and the Bonus Rounds, so players can expect to enjoy a huge variety of different wins and multipliers.”