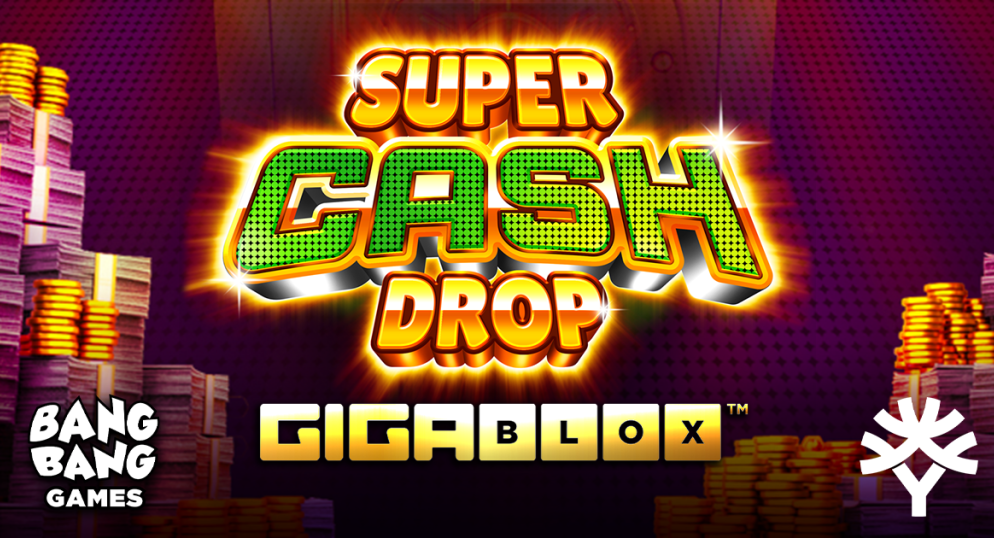 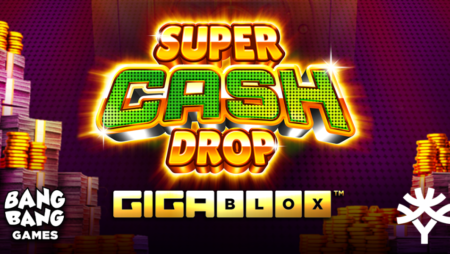 Yggdrasil has entered some pretty successful cooperations with software provider companies to deliver the best games to their portfolio. The new slot released Super Cash Drop features multipliers that can help win 7,024x the bet. In addition, the casino slot features free spins bonus that can be either purchased or activated during the base game. Read more below:

The leading worldwide publisher of online gambling content Yggdrasil, and Bang Bang Games have reunited for the feature-filled sequel to Super Cash Drop.

Base play gives players a 6×4 grid, with 40 paylines, as well as a guaranteed GigaBlox™ symbol on every spin, with a minimum size of 2×2.

On any spin, the reels can expand in height to up to 6×6, adding more paylines as well as enhancing the potential height of a GigaBlox™ symbol to fill the entire reel.

Super Stretch Wilds can also land, replacing all symbols on a single reel with wilds. If more than one lands, a win multiplier is also activated to enhance the chances of a big win. These can remain sticky through locked wilds, which will trigger a respin. This can continue if more wilds land on the respin, until either the entire matrix is filled, or an unsuccessful spin occurs.

The Super Free Spins is triggered when five or more bonus symbols land. During this mode, all spins are played on the maximum reel size of 6×6, while all low paying symbols are removed.

Each wild that lands is a locked wild, remaining sticky, while respins can also occur, as with the same mode in base play. Players can also gain an extra free spin by landing a scatter symbol, with no upper limit.

In markets that allow it, players can also progress straight to free spins by purchasing it for 75x their stake.

Stuart McCarthy, Head of Product & Programs at Yggdrasil, said: “Super Cash Drop was a fantastic addition to the YG Masters offering and we’re very pleased to work with Bang Bang Games again to enhance it with our hugely popular GigaBlox™ mechanic.

“Our GEMs offering allows for increased engagement through player mechanics and this is yet another example of them being used in an exciting fashion.”

Frank McPolin, Managing Director at Bang Bang Games, said: “Super Cash Drop GigaBlox™ sees us take one of our most iconic games and add a thrilling mechanic on top, as well as giving players the chance to win up to 7,024x  on a single spin.

“With locking wilds, expanding paylines and a lucrative free spins mode, there’s plenty to look forward to in our latest release.”