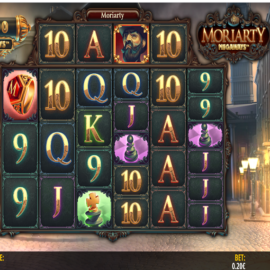 Moriarty Megaways is a slot game with many bonus features, including free spins and multipliers that can increase your winnings.

Moriarty Megaways is one of the newest slot games developed by one of the leading casino games suppliers iSoftBet based on Sherlock Holmes. Sherlock Holmes, the famous detective created by Sir Arthur Conan Doyle, is a fictional character who appears frequently in various forms of entertainment.

Moriarty Megaways is part of the Twisted Tale series by iSoftBet. The Twisted Tale slot series is a one-of-a-kind collection of games based on well-known folktales in which the main characters are the villains. In this case, you will enjoy a good old Victorian-era slot, while chasing down arch-enemy ProfessorJames Moriarty through London’s mean streets.

Moriarty Megaways is played on a standard Megaways grid with 6 reels, 2-7 rows, and a 4×1 top tracker above the middle reels, resulting in up to 117,649 ways to win per spin. The volatility is on the higher end of the scale, but the RTP is a solid 96%.

Players are transported to Baker Street in London in the 18th century when the game is loaded, where Doyle’s fictional detective lived. Behind the reels of the Moriarty Megaways online slot game are the cobblestone streets of London, lit by gas lamps. The six reels are filled with lavishly decorated symbols such as metallic card emblems, chess pieces, and a ring. You’ll also come across detailed cartoonish images of the world’s most famous detective, his devoted assistant, and the evil Moriarty himself.

The casino slot game features high-end graphics, as well as a top-notch soundtrack that plays while you spin the reels and picks up the tempo to become more suspenseful when you hit bonus features, adding a finishing touch to the atmosphere.

Moriarty Megaways consists of ten regular symbols divided into two categories. Lower paying symbols in the game are the playing cards symbols from A to 9, while higher value symbols include two chess pieces, a Moriarty signet ring, and the criminal professor himself, in ascending order. You must land at least three symbols adjacently starting from the leftmost reel to win, while the top star Moriarty only needs two.

The Wild symbol in this game is a pocket watch and can only appear in reels 2, 3, 4 and 5 in the top tracker. The Wild substitutes for any other symbol, except the Scatter, Mystery Symbol, and the special Sherlock and Watson Symbols.

Scatter Symbol is the one with “Free Spins” written on it and it activates the Moriarty Megaways Free Spins feature. The special Watson and Sherlock symbols are only part of the free spins feature and activate separate bonuses.

The Mystery symbol is only available in Watson reels and transforms into any symbol, except in Wild, Scatter, and special Watson and Sherlock symbols.

Moriarty Megaways slot belongs to the type of slots called tumbling reels slot game. This feature in the slot is named Cascading Wins feature. When you make a winning combination, the winning symbols are removed from the reels and new symbols appear to take their place. As long as a new winning combination is formed, the cascades will continue.

Sherlock’s Max Megaways is one of the bonus features available in this slot game. The Sherlock’s Max Megaways can be triggered at any spin in the base game and forces the reels to produce 117,649 ways to win. Plus, it activates a progressive multiplier that increases x1 after every cascading win. The cascades continue and the multiplier increases until there are no more cascading wins.

The other modifier is Watson’s Mystery Symbol and can also be triggered at any time. When the Watson’s Mystery Symbols feature is activated, a random number of newspaper mystery symbols are added to the reels that change to the same matching symbol and guarantee a win. Same as with the previous feature, this feature activates a progressive multiplier that increases x1 after every cascading win. The cascades continue and the multiplier increases until there are no more cascading wins.

During the free spins mode, there will be 3 reel sets, the Moriarty reel set which is in play at all times, plus two locked reel sets, Sherlock and Watson. To unlock the Watson and Sherlock reel sets, you will need to collect 3 Sherlock or Watson symbols during any spin of the free spins feature. Unlocking any of the two locked reel sets will reward you with a single spin on the corresponding reel set with the corresponding modifier active.

When you’re done, the reels will lock up again, and you’ll have to collect three more symbols to unlock them. If both reels are triggered at the same time, the Watson reel will play first, followed by the Sherlock reel.

The Free Spins feature can be retriggered by landing three Scatter symbols on the top tracker of either Sherlock or Watson reels in a single spin.

Unlimited Multiplier is active during the Free spins feature, which means that after every cascading win the multiplier will increase x1.

During this feature, the Sherlock and Watson reels are activated more often than during the normal Free Spins feature.

The Moriarty Guarantee is a bonus that is activated only during the Moriarty Free Spins Super Bonus Feature. It is triggered when the bonus game ends with a total win of less than x10 the stake and will award +5 free spins. It’s important to note that this can only happen once. 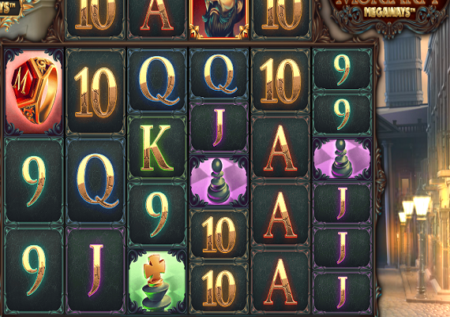 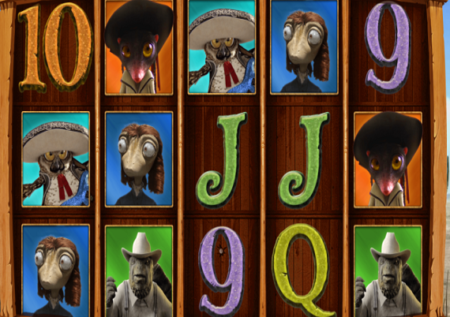 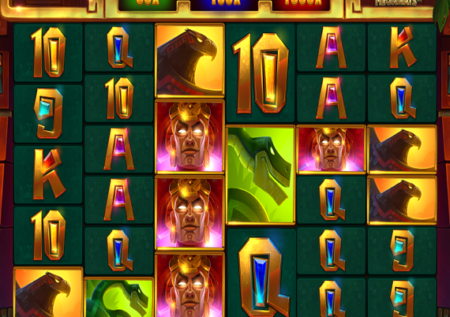